Somewhere fun to stay in Glasgow

Glasgow is a destination that has transformed itself in recent years and the hip The Moxy Hotel Merchant City hotel is just a short stroll from the centre of Scotland's buzziest city. 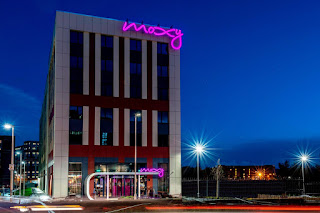 It is in a lively area known for its many eateries, student bars, art galleries and coffee shops.

The funky Moxy is part of the Marriott group and is just a short walk from both Glasgow Cathedral and the landmark George Square.

There is a casual vibe with friendly staff and the rooms feature complimentary wifi, flat-screen TVs and tea- and coffee-making facilities. 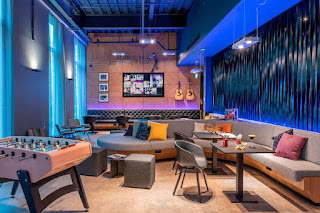 It's easy to find someone to chat with around the bar and games area - and the multicutural staff are very helpful.

Amenities include an industrial-chic 24-hour cafe/bar with a lively vibe, a lounge and a fitness centre.

Prices start from under $100 per night for a small rooms but rise steeply in peak periods, so it pays to book in advance.

This is a version of a story that appeared in Winestate Magazine.