The commercial air flight with no passengers


Airlines including Qantas and Virgin Australia have been criticised for decimating their schedules as a result of Covid-19 - but times have never been tougher for carriers.

An Air New Zealand flight from Auckland to Rarotonga in the Cook Islands took off this week without a single passenger on board, website stuff.co.nz reported. 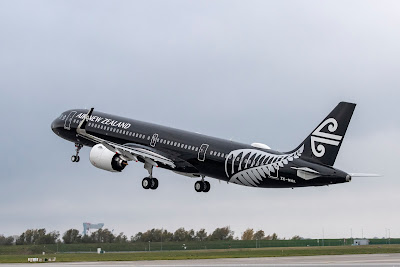 Air New Zealand's international network has decreased by 95% from pre-Covid-19 levels and it now flies to just 10 overseas destinations, one of which is Rarotonga.

Before Covid-19 Air New Zealand was flying multiple services a week to the Pacific Island nation.

Now it flies just one return service per week, even if that means flying a plane with no passengers.

Air New Zealand chief operating officer Cam Wallace said 83 passengers were booked to fly on the A320 but it departed without any of them.

"We do have a 'solid-looking' return sector and some cargo in the hold," Wallace said in a Tweet.

An Air New Zealand spokesman said the Rarotonga-bound flight was carrying food but he did not have details of cargo for the return leg.

The airline's Trans-Tasman services have been trimmed to just three return flights per week between Auckland and Sydney, with two per week for Auckland-Melbourne and Auckland-Brisbane.