COVID-19: State of Emergency in Japan 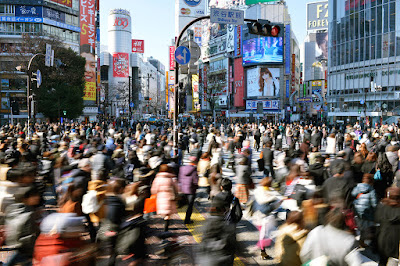 The Japanese Government has declared a state of emergency for Tokyo and other prefectures that will last for one month.

It spans Tokyo, Kanagawa, Saitama, Chiba, Osaka, Hyogo and Fukuoka and will be in effect until May 6.

There is still concern over the rate of infections with the metro Tokyo area the hotspot.

Tokyo has recorded a quarter of all confirmed corona virus infections with about 1,200, the Japan Times reported.

The state of emergency took effect as the country announced the largest one-day increase yet in confirmed cases at more than 500.

"If all of us help to reduce person-to-person contact by at least 70%, and preferably 80%, the infections will peak and start to decline in two weeks," Prime Minister Shinzo Abe said.

Abe has given the respective prefecture governors additional powers to restrict movement and ensure social distancing.

Abe once again called on people to stay at home and avoid all non-essential travel.

Public transport systems, however, will continue to operate.

Abe said the Government will approve a proposed $1 trillion financial aid package, which will help hard-hit aviation, hospitality and travel businesses which have been heavily impacted by the suspension of the 2020 Tokyo Olympics until 2021.

"We assume that a vaccine for the virus will be available between the end of this year and the beginning of next year at the earliest," Abe said. "That could end this pandemic."