In one of the more bizarre commercial links in recent years, American rapper Snoop Dogg has collaborated with Australian brand 19 Crimes to produce a new wine. 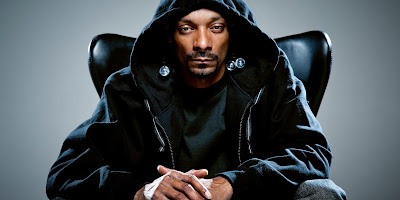 Dogg's visage will decorate the label of a red blend from California, which is due to hit retail shelves late this year.

It will retail in the US for $12 and the label features a monochrome photo of the West Coast rapper in a hooded jacket.

The 19 Crimes brand, which features augmented reality labels, originally featured photos of "convicts turned colonists that built Australia" so the decision to use an American rapper with no links to Australia is a strange switch.

“I’ve been a fan of this wine and I’m excited to unveil my Snoop Cali Red this summer and share the experience with all my fans," Dogg said.

That is a surprise as Dogg has been known to smoke cannabis and has several drug convictions and firearms offences on his record but has never before been known as a wine aficionado. The deal is described as a "multi-year" one.

“It’s one of the most successful brands in the market, so I’m more than eager to bring this collaboration to the world,” Snoop Dogg said of the partnership.

John Wardley, TWE’s marketing vice president, Americas, said in true market speak: “An entertainment and California icon, Snoop Dogg is the perfect partner for 19 Crimes. We are truly excited to welcome him to the 19 Crimes family.”

The brand pays homage to the thousands of British men and women who were exiled to Australia in the 18th century for committing one or more of the 19 crimes. Dogg was once refused entry to Australia on character grounds - so maybe the link makes some sense.