Authorities in South Korea's popular holiday destination of Jeju Island are suing two tourists for visiting after they tested positive for Covid-19. 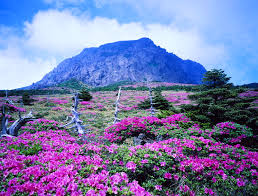 The Korean mother and daughter travelled to the island province - known as the Hawaii of Korea -  even though the daughter was asked to self-quarantine after returning from the US.

Instead, they travelled to Jeju.


Both mother and 19-year-old daughter tested positive after returning from Jeju to their home in the hip Gangnam district of Seoul, according to the Gangnam-gu health office.

Jeju Province has filed a civil suit against the pair at Jeju District Court seeking damages.

They are facing a lawsuit claiming damages of about $AU176,000, Travel Mole reported.

"Despite having symptoms from day one they went ahead," Jeju Province Governor Won Hee-ryong said. "As a result, more than 20 businesses were forced to temporarily close and over 90 residents were placed under quarantine."

The daughter arrived back in South Korea from a trip to the United States on March 15, when a two-week self-isolation was voluntary and not enforced at the time.