Why Virgin Australia failed - and what comes next

Virgin Australia went into voluntary administration this morning but CEO Paul Scurrah says the carrier is determined to keep flying and play a key role in getting the Australian economy back on its feet after the Covid-19 pandemic. 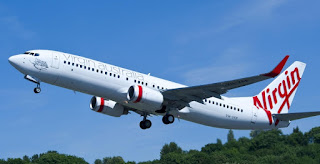 Accounting firm Deloitte has taken over the running of the airline with Virgin continuing to operate its Government-backed scheduled international and domestic routes.

Virgin’s directors said they “regret that these events have come to pass and acknowledge all the group’s employees for their hard work and contribution”.

One of the administrators, Vaughan Strawbridge, said his team was “progressing well on some immediate steps” after the Government declined to step in save the airline and its 10,000+ employees.

Administrators are seeking interest from parties for participation in the re-capitalisation of the business and its future, with several expressions of interest so far.

Virgin founder Sir Richard Branson said: “This is not the end for Virgin Australia and its unique culture."

He added: “We will work with Virgin Australia’s administrators and management team, with investors and with Government to make this happen and create a stronger business ready to provide even more value to customers, competition to the market, stimulus to the economy, and jobs for our wonderful people.”

Holders of Virgin Velocity frequent flyer points have been told their points are safe as Velocity is a separate business and not in administration. I wouldn't hold my breath.

I, for one, and not surprised by Virgin Australia's demise - and that is not hindsight.

Here is a piece I published on this blog in August last year, well before Covid-19:
--

Virgin Australia is blaming a "tough economic environment" for its financial woes. I say it should blame its own dishonesty and its lack of support for loyal customers.

I was a Virgin Platinum frequent flyer and always chose Virgin, but now fly with whichever airline has the most convenient schedule or cheaper flights, pushing me down to gold, and soon to silver.

My reason for abandoning Virgin as my first choice came down to several reasons.

1. Former CEO John Borghetti promised a Virgin lounge in Hobart eight years ago. He lied and we are still waiting. That means I lose the value of being a lounge member one flight in two on every return trip I make from my home base.

2. I was unwell and unable to fly for several weeks last year. That cost me my platinum status. I asked Virgin for a dispensation and was refused.

3. Virgin started selling the front-row seats in economy to all-comers. So instead of frequent flyers being in rows 3-4-5 they found themselves pushed further and further back.

4. Lounge quality fell further and further behind Qantas with even basics like newspapers and magazines hard to find in lounges (Melbourne particularly).

5. There is a meanness about the offering. The "snacks" on my two flights today weighed 28 grams and 20 grams respectively. And back when I was platinum it was often impossible to use the allocated upgrades because either I was on the wrong fare type, or business class was full.

I know of at least three regular FFs who no longer choose to automatically fly Virgin. And there are certainly many more.

So there is a reason for Virgin losing money it made from once-loyal customers.

Virgin Australia now says it will review its flights and slash 750 jobs after posting a “disappointing” full-year loss of $349.1 million.

The airline said it would restructure its operations and look at everything from how it uses its planes to individual routes after posting its seventh annual loss.

Wednesday’s figures came despite Virgin’s revenue for the year to June 30 rising 7.5%.

The results are an improvement on the previous year’s $653 million loss, but it is still Virgin Australia’s third-worst performance.

Virgin will cut head office and corporate positions as it tries to save money.

“There is no doubt that we are operating in a tough economic climate with high fuel, a low Australian dollar and subdued trading conditions,” Virgin Australia chief executive Paul Scurrah said.

I never heard from Mr Scurrah and now have 130,000 Virgin Australia frequent flyer points that I may never get to use. My bad. I knew this was coming.
Posted by Winsor Dobbin at 17:14