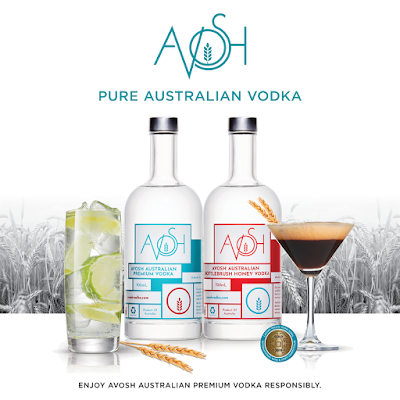 The team behind cult favourite the West Winds Gin has introduced two vodkas to its range.

The AVOSH Vodkas are produced at the home of The West Winds Gin in Margaret River and comprise two expressions, the original premium wheat-based spirit, and the Australian Bottlebrush Honey vodka.

AVOSH vodka is distilled a total of six times, the last of which occurs slowly in a copper pot still, before being charcoal filtered for a clean taste.

The West Winds range has picked up a swag of awards since being launched in 2010.
Posted by Winsor Dobbin at 15:08