Virgin Australia just one of three airlines in crisis 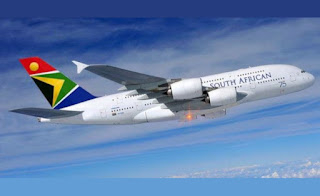 While debt-ridden Virgin Australia's descent into voluntary administration shocked a lot of Australians, it was one of three major airlines in crisis this week.

South African Airways (SAA) faces a wind-down or liquidation after specialists appointed to try to save the state-owned airline said this week that they had run out of funds.

SAA has been fighting for survival since it entered a form of bankruptcy protection in December.

It has offered redundancy packages to its workforce of 5,000 after the Government said it would not provide more funds for rescue efforts.

Business rescue specialists Les Matuson and Siviwe Dongwana said in a notice to affected parties that a wind-down process depended on staff accepting the termination of their employment.

Otherwise, the specialists “will have to make an urgent application for an order discontinuing the business rescue proceedings and placing SAA into liquidation,” the notice said.

The practitioners do not have sufficient funds available to continue honouring the obligations of SAA to its employees beyond April 30.

South African Airways was founded in 1934 and is headquartered at O.R. Tambo International Airport, east of Johannesburg. It serves over 40 local and international destinations across Africa, Asia, Europe, North America, South America and Australia. 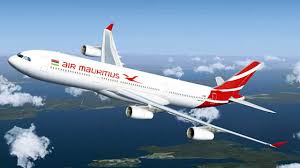 Air Mauritius was established in 1967 and was based at the Sir Seewoosagur Ramgoolam International Airport in the capital Port Louis. The airline serves a network covering Asia, Africa, Europe and Australia.

Air Mauritius has been in a restructuring process since the beginning of the year, notably with the setting up of a Transformation Steering Committee with a view to addressing the financial difficulties of the company, and to reviewing its business model from the strategic and operational points of view.

“As administrators, our mission is above all to save the company," Grant Thornton said in a statement.

"We know that the national airline is a key player in our economy and that it is part and parcel of our history. Air Mauritius is, in addition, a source of pride for the people of Mauritius, and there is no doubt that we are all affected by this news.

"In such difficult times, it is essential that we get down to work without delay, along with all the partners of this industry in Mauritius, to implement the measures deemed necessary to save the national airline.”
Posted by Winsor Dobbin at 15:36