Virgin Australia is struggling. I know why.

Virgin Australia is blaming a "tough economic environment" for its financial woes. I say it should blame its own dishonesty and its lack of support for loyal customers. 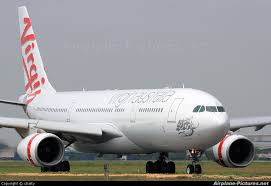 I was a Virgin Platinum frequent flyer and always chose Virgin, but now fly whichever airline has the most convenient schedule or cheaper flights, pushing me down to gold, and soon to silver.

My reason for abandoning Virgin as my first choice came down to several reasons.

1. Former CEO John Borghetti promised a Virgin lounge in Hobart eight years ago. He lied and we are still waiting. That means I lose the value of being a lounge member one flight in two on every return trip I make from my home base.

2. I was unwell and unable to fly for several weeks last year. That cost me my platinum status. I asked Virgin for a dispensation and was refused.

3. Virgin started selling the front-row seats in economy to all-comers. So instead of frequent flyers being in rows 3-4-5 they found themselves pushed further and further back.

4. Lounge quality fell further and further behind Qantas with even basics like newspapers and magazines hard to find in lounges (Melbourne particularly).

5. There is a meanness about the offering. The "snacks" on my two flights today weighed 28 grams and 20 grams respectively. And back when I was platinum it was often impossible to use the allocated upgrades because either I was on the wrong fare type, or business class was full.

I know of at least three regular FFs who no longer choose to automatically fly Virgin. And there must be many more.

So there is a reason for Virgin losing money it made from once-loyal customers.

Virgin Australia now says it will review its flights and slash 750 jobs after posting a “disappointing” full-year loss of $349.1 million.

The airline said it would restructure its operations and look at everything from how it uses its planes to individual routes after posting its seventh annual loss.

Wednesday’s figures came despite Virgin’s revenue for the year to June 30 rising 7.5%.

The results are an improvement on the previous year’s $653 million loss, but it is still Virgin Australia’s third-worst performance.

Virgin will cut head office and corporate positions as it tries to save money.

“There is no doubt that we are operating in a tough economic climate with high fuel, a low Australian dollar and subdued trading conditions,” Virgin Australia chief executive Paul Scurrah said.