British Airways has apologised to thousands of passengers who were wrongly told their flights had been cancelled around the dates of the airline's upcoming pilots' strike. 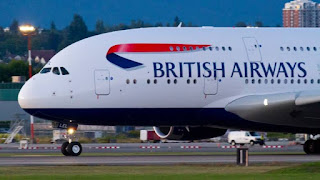 An email blunder saw thousands receiving emails on Saturday saying their original flights would not operate and they needed to re-book, Travel Mole reported.

BA pilots are due to strike on September 9, 10 and 27, but BA also told customers with tickets booked on other days that their flights, too, were cancelled.

They were later contacted to say the original email had been sent in error and their tickets were usable. By then, however, many had already booked alternative tickets.

In the second email, passengers were not given a link to automatically re-book onto their original flight, meaning they had to contact BA directly.

Some customers spent hours trying to get in touch with BA's customer services without success.

One woman, told the BBC she called the airline 67 times, while another said she'd re-booked flights to Orlando, but was then told by BA she was not entitled to a refund because the flight was now operating.

In response to one passenger on Twitter, a BA representative said: "We're extremely sorry that you're having difficulties trying to rearrange your flights.

"Our teams have been working tirelessly to help as many of our customers as possible, in these unprecedented circumstances."

A BA spokeswoman said customers who were told their flights were cancelled in error and had booked alternative flights or incurred other expenses would be entitled to refunds if they submitted receipts.

BA said it received 38,000 calls and 33,000 tweets in first 24 hours of the strike being announced; contact centres stayed open 24 hours to help resolve issues, with 70 extra staff and around 100 staff working to answer Twitter queries.
Posted by Winsor Dobbin at 18:15