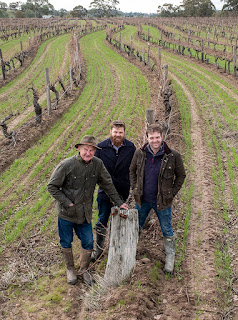 Jim Barry Wines, Vanya Cullen and Yangarra Wines were the three big winners at the annual 2020 Halliday Wine Companion Awards at the National Gallery of Victoria.

Family-owned and operated Jim Barry Wines from the Clare Vallley, right, were named winery of the year while Vanya Cullen of Cullen Wines in Margaret River was named winemaker of the year in her 30th year at the helm.

The Wine of the Year was the Yangarra Estate 2016 Vineyard High Sands McLaren Vale Grenache, made by Pete Fraser.

James Halliday and his tasting panel reviewed more than 9048 Australian wines over the past year, uncovering the winners of six major awards and 12 varietal winners, which were announced throughout the evening.

Guests had the opportunity to taste 27 wines matched with a curated five-course menu.

The awards mark the release of Australia’s leading reference work to the country’s leading wines and wine-growing regions, the 2020 Halliday Wine Companion book.

Margaret River was the most successful region on the night, taking out Winemaker of the Year, Best Value Winery of the Year and the largest number of best of varietal awards.

“I am really happy for all of us at Cullen Wines," said Vanya Cullen (below). "I am the face, if you like, but it is a whole team of people including the vineyard guys Matt Dermody, Andy Barrett-Lennard and everyone." 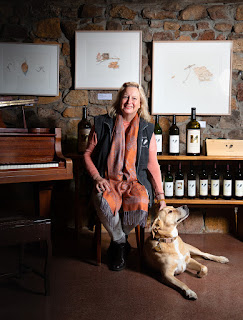 Second-generation winemaker Peter Barry, who oversees day-to-day operations alongside sons Sam and Tom at Jim Barry Wines said: “The Halliday award is a tremendous accolade representing our commitment to owning our own vineyards, wine quality, and the Clare Valley. This win is the realisation of the dreams we have and what dad set out to achieve from the beginning, 60 years ago.

“I feel euphoric – this recognition encompasses all of my father and family’s hard work, commitment and vision. He was my hero and mentor, and he would be so proud of what we’ve achieved.”