The European Union has banned Pakistan International Airlines from flying to Europe for six months.It comes after revelations that up to a third of PIA pilots have obtained fake pilot licenses.

This story may seem hard to believe. It is frightening, but true.

Pakistan International Airlines has grounded nearly a third of its pilots after the aviation ministry said around 150 pilots had fake licenses. 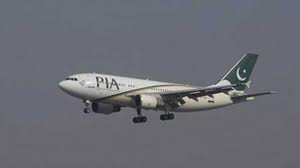 The scandal came to light during scrutiny of the airline following a fatal PIA crash in Karachi last month, Travel Mole reports.

It is alleged the pilots did not actually take a final exam, but paid other pilots to do it for them.

"PIA acknowledges that fake licenses are not just a PIA issue but spread across the entire Pakistani airline industry," a PIA spokesperson said.

The interim report into the Pakistan Airlines crash was published this week and laid the blame on human error.

The plane ploughed into a residential area in Karachi, killing 97 people onboard and one person on the ground.

There were just two survivors.

Aviation minister Ghulam Sarwar Khan said a 'fair' investigation was conducted and said an 'overconfident' pilot and air traffic control were at fault.

"There was no technical fault in the plane," Khan said."It was completely fit for flying. The pilot and co-pilot, who were both medically fit and experienced, did not mention any technical issue to the ATC throughout the flight."

"Unfortunately, the pilot was overconfident and not focused. He ignored the ATC's warnings several times until the final approach."

After a first failed landing attempt, the engine caught fire but that wasn't relayed to the cockpit by air traffic control.

"This is a free, fair, and transparent inquiry. Very strict action is being taken against those found responsible for the crash," Khan added.
Posted by Winsor Dobbin at 17:28