There are cities have that have style - and plenty that don’t.

For when we get back to normal, here are three Asian destinations you might want to have in mind to visit.

All three are global cities that have design down to a fine art – with a nod to what is hip, a sensuous swagger, a certain insouciance. 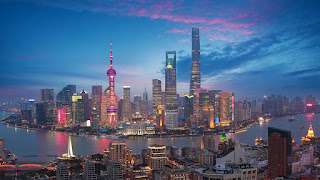 Straddling both sides of the Huangpu River, Shanghai is China’s glitziest city: a global financial hub with a constantly changing landscape of soaring skyscrapers.

Design pioneers like Lyndon Neri and Rossana Hu (the architects behind the new Shanghai Edition complex) and Liu Heung Shing (photographer and founder of the Shanghai Center of Photography) are helping craft the city’s emerging creative culture.

Cult brands like Spin Ceramics and Dong Liang are proving that "made in China" can mean crafted rather than ubiquitous, says Architectural Digest magazine.

New culinary openings, like Polux by leading French chef Paul Pairet, underline that Shanghai is at the forefront with both cuisine and cutting-edge design.

Under the direction of David Chipperfield Architects, the gallery is located in a wing of the glass museum, with its lease renewable for a five-year period.

Founded by Pulitzer Prize–winning photographer Liu Heung Shing, SCoP showcases a diverse body of photography, with topics that range from journalism to fashion and art.

The Pudong skyscape, on the opposite side of the river to the old city centre, is a futuristic wonderland of architecture and lights. 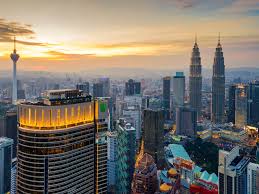 The Malaysian capital is home to a wide mix of cultures and architectural styles, including Chinese and Art Deco influences.

Attractions include the 19th-century Sri Mahamariamman Temple, built by Tamil migrants coming to work in the tin mines of Kuala Lumpur in 1873. In later years it has been adorned with Spanish and Italian tiles.

The Islamic Arts Museum Malaysia is the largest in south-east Asia, displaying models, dioramas, and artefacts from all over the world.

Kuala Lumpur’s iconic modern landmark is the Petronas Twin Towers, home to designer stores, food outlets and more. The eight-point star base of the soaring towers is influenced by Islamic themes.

Designed by Cesar Pelli, the 88-storey towers were the tallest buildings in the world from 1998 to 2004, until they were surpassed by Taipei 101. The Petronas Towers remain the tallest twin towers in the world.

The ultra-modern capital of South Korea was the World Design Capital in 2010 and remains a global leader in urban design.

Built for Seoul’s stint as global design capital was the Zaha Hadid-designed Dongdaemun Design Plaza (DDP), now a major urban development landmark that is South Korea’s fashion hub and a popular tourist destination. It is venue for Seoul Fashion Week.

Korean design buzzwords include solidity, innovation, aesthetics and use of the latest technology. Local designer brands include LG, Hyundai and Samsung. Over the past decade Seoul has been updating its skyline with more architecturally advanced and taller buildings that often double as commercial and residential spaces

The 63 Building – once the tallest building in South Korea - is located on Yeouido Island in the Han River, and houses the headquarters of several business organisations as well as the world’s highest art gallery on the 60th floor, an observation deck on the top floor and an aquarium.

Dramatically striking is the Seocho Garak Tower East with a design inspired by Korean pottery. The facades were designed to reflect the light differently from every angle. Visit at night and you’ll get to enjoy a beautiful dance of changing colours forming various patterns.

Samsung Town is the headquarters of the company and consists of three buildings. Each building was designed for a specific division of the business conglomerate. The three towers of different heights are made up of cubes of different sizes to form one unit.

One of the newest additions to the skyline is Lotte World Premium Tower, which was completed in 2017. Described as “sticking out of the ground like a sharp knife”, the tower features shopping facilities and offices. The observation deck and rooftop café offer dramatic city views.


# This is an edited version of a story that appeared in Quest Kudos magazine.
Posted by Winsor Dobbin at 18:07