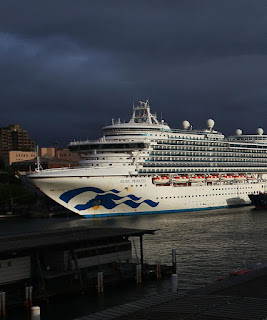 The Ruby Princess scandal, which saw coronavirus-infected hordes disembarking to spread Covid-19 to Sydney and further afield - allegedly at the urging of a politician with a vested interest - has seen further action taken against cruise lines visiting Australia.

The Australian Government has extended its ban on cruise operations in Australia until June 15, 2020, as a further measure aiming to slow the spread of coronavirus. Many would say too little, too late.

Stuart Allison of Princess Cruises said the line was evaluating all of its previously planned departures, which had already been suspended for 60 days from March 12 through to May 11, industry newsletter Cruise Weekly reported online.

Carnival Cruise Line and P&O Cruises earlier this week announced a planned resumption of local cruising from May 15, while Royal Caribbean Cruises had said it envisaged a worldwide resumption of cruising across its various brands on May 12.

The New Zealand Government, smarter and more proactive than its Australian counterpart, has already imposed a ban on passenger cruise ships through to June 30, 2020.
Posted by Winsor Dobbin at 18:24