UPDATE: Anxious wine drinkers stock up on their favourite drops

UPDATE: Sydney liquor stores reported a rush on wines on Monday morning as panic buying notched up a ramp.

With pubs, bars and restaurants closing in Britain to prevent the spread the spread of coronavirus, there has been a toilet-paper style rush on wine shops.

It appears Britons are terrified at the thought of being left without a bottle or two at home. 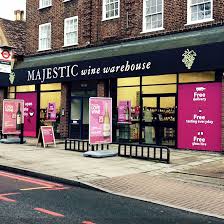 Leading UK wine retailer Majestic saw its website crash on Saturday afternoon on the back of “unprecedented demand”, despite reassuring customers it had enough stock, The Drinks Business reported.

In a note on its website posted early on Saturday afternoon, the retailer said it was experiencing exceptional demand across its website and as a result its site was unavailable.

Demand in stores was also very high and the retailer had introduced some restrictions to its usual trading in some locations – although it did not specify what these were.

It reassured consumers that it had “large volumes of stock and extra resources arriving in stores in the coming days”.

Specialist wine retailers have reported huge spiked in demand online, as panic stockpiling due to the Covid-19 pandemic is predicted.

Naked Wines last week announced that it would not be taking any orders “for the time being” due to a spike in demand, while several specialist wine retailers reported surges in transactions online.

It will be interesting to see if similar buying patterns emerge in Australia when businesses open after the weekend.

Several small Australian producers are already ahead of the retail curve. I have seen dozens of special email offers to wine club members over the past few days.