Demand for premium wines is hotter than ever

The demand for high-end collectible wines has not been slaked by Covid-19.

A Melbourne buyer this week purchased a 1951 Penfolds Bin 1 Grange for over $103,000, which is the highest price ever paid for a bottle of Australian wine. 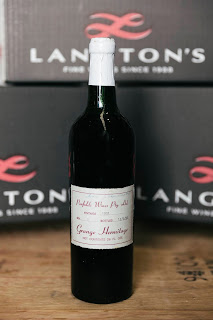 The record came just two days after 246 bottles of Domaine de la Romanée-Conti (DRC) - widely considered the world’s greatest wine - were sold from James Halliday’s cellar, making it the largest successful sale of this ethereal wine from Burgundy in one parcel.

“The demand for fine wine is stronger than ever judging by these two flagship auctions, as fine wine collectors look to enhance their cellar collections,” said Langton’s general manager Jeremy Parham.


In total, 1092 bottles of Penfolds were sold during the Langton’s Penfolds: Rewards of Patience Auction, which closed on Tuesday. The previous record for the first vintage of Penfolds Grange was $81,000.
“The early 1950s Penfolds Grange wines are very rare, so collectors will snap these up when they can in order to complete their sets of every vintage of these incredible wines - the 1951 Penfolds Grange truly represents the beginning of modern Australian wine,” said Langton’s Head of Auctions Tamara Grischy.
In December, a set of Penfolds Grange from 1951 to 2015 was sold for $372,800 by Langton’s.
A few days before the Penfolds auction, James Halliday’s collection of DRC wines closed. The auction of his pristinely cellared 252 bottle collection had a 98% clearance rate (only six bottles were passed in).
The online auction attracted international attention, with approximately 35% of the wines sold to overseas buyers. All wines came with a certificate of authenticity signed by Halliday himself.
“The authenticity and provenance of the James Halliday collection drove all-time highs in bidding and pricing for DRC in the Australian market,” Grischy said.
“With many of us still unable to visit our favourite restaurants or travel to cellar doors, new and existing clients have instead immersed themselves in the world of fine wine from the comfort of their homes,” Parham said.
Langton’s will be  auctioning wines from James Halliday’s Australian collection later this year.
Langton’s Rewards of Patience Auction is in its 24th year and takes place every six months. The next auction will take place in December 2020.
“I think we love Penfolds because it’s such an Australian story, it’s the underdog story defined. Max Schubert was Penfolds’ first chief winemaker, who started making the Grange as an experiment," Parham said. "At the time, Australian winemakers were mainly making fortified wines.
“He believed in his conviction, and he kept making Grange, although he was actually told to stop making it by his supervisors. He was a rebel, and the wine world can forever be grateful for his refusal to do what he was told.”
Posted by Winsor Dobbin at 11:06