A journey into a past era of rugby league - and life

Rugby league used to be a fiercely tribal game. The players were legitimate local heroes.

On a weekend afternoon in the early 80s you'd head to Henson Park, or North Sydney Oval, to watch locals play.

There'd be a tradie or two on the field, maybe a local cop, and a couple of wharfies. Or someone with whom you went to school.

On a sunny Saturday afternoon you'd sit on the hill and watch all three grades.

You'd see the same faces from the pitch in local shops - and in the pub midweek. Or maybe collecting your garbage. 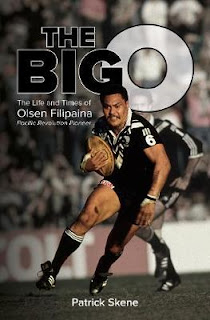 Over in England at the same time - whippet-loving men with flat caps would watch teams with names like Trinity and the Hornets in freezing cold conditions.

There were a few Poms playing in Sydney, a couple of rock-hard Kiwis, too, and a handful of Aussies made the journey the other way to treat the crowds at Castleford and Widnes.

It was well before an away game might involve a trip to Auckland, Toronto or Toulouse. Players had real jobs and drove battered old cars, to match their faces.

In Balmain, back in the day, our local cop was Paul Sironen. He was bloody useless when it came to breaking up fights at the Royal Oak on College Street but he could take your breathe away when he hit the line at full speed for the Tigers.

Just a couple of suburbs away, in Marrickville, another police person, St George prop Pat Jarvis, was rescuing a local street thug, Jeff Fenech, from a life of crime.

Fenech went on to win world boxing titles in three different weight divisions, and also played as a junior and lower-grade hooker for Newtown and later Parramatta.

In those days, you'd rarely see a Polynesian footballer in first grade. The Sorensen brothers at Cronulla were it. Until the Big O.

Olsen Filipaina was an unwitting trailblazer for the Polynesian and Pacific Island players who are now such a force in both the NRL and Super League.

Known as "the Galloping Garbo" in recognition of his day job, Filipaina starred for Balmain, Easts, North Sydney and New Zealand, becoming a New Zealand Hall of Fame member.

On his best day he could outplay the peerless Wally Lewis - on other days he could be frustratingly anonymous.

He fought racial prejudice and depression and made his mark, paving the way for today's generation.

A new book by Patrick Skene takes a look at the life and times of The Big O from Mangere East to Sydney and Headingley - and eventually back to his garbage run. It's a fascinating read that looks at sport and culture in a very different era.

Buy The Big O at good book shops. or online at http://thebigo.kiwi