The harsh reality of Brexit starts to kick in

The harsh reality of Brexit is about to kick in - and some Britons are about to be hit in the hip pocket.

In addition to Britons no longer being assured of the right to live and work in European Union countries, Brits heading off on European holidays are about to be hit by extra charges.

People will need to take out comprehensive travel insurance if they are heading abroad from January - and businesses exporting to or importing from the EU will face additional paperwork. 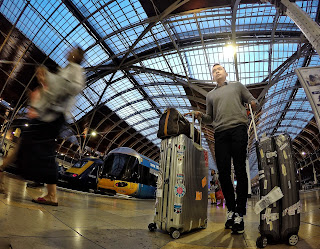 The British Government is launching a ‘The UK’s new start: let’s get going’ campaign to let people know how the deal (or no deal) will affect them.

Holidaymakers will need to take out insurance that covers health as the European Health Insurance Card (EHIC) will only be valid up to December 31.

And anyone wanting to travel to Europe with a pet from January 1, 2021 will need to contact their vet four months in advance to get the correct paperwork.

Mobile phone roaming charges for Britons in Europe are also set to rise.

Britain leaves the single market and customs union on December 31 and international trade secretary Liz Truss is concerned that the country will not be ready by the time the transition period comes to an end.

After transition, tourists from the UK will be allowed to visit EU countries for up to 90 days in every 180 days without a visa, but they will not be allowed to work or study.

What happens from 2021 on will depend on the UK-EU talks on the future relationship - but travel from the UK won't be as easy, or as cheap, as before.
Posted by Winsor Dobbin at 16:02