One down, Australia's First Families of Wine and Chinese Whispers

It is just a decade ago since I was invited to the launch of Australia’s First Families of Wine, a group of 12 wine producers representing multi-generatational wine families.

The 12 have suddenly become 11 (more on that later) but will be returning to China for a third time this week as part of Wine Australia’s 2019 China Roadshow.

"In a rapidly changing wine landscape, AFFW is looking forward to continuing to build its profile in China and connecting with key players in the wine trade and media, telling the stories behind each bottle of wine they craft,” said AFFW chairman Stephen Henschke. 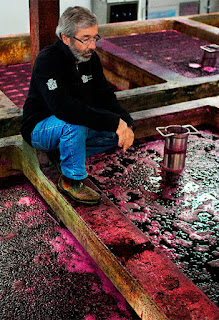 "And as AFFW heads towards its 10th anniversary, their rich stories of longevity, history, provenance and craftsmanship continue to resonate with wine-interested Chinese guests.

This will be AFFW’s second trip with Wine Australia to China, an opportunity Henschke says will “strengthen a highly valued relationship” that has been built over many years

“As AFFW, we made our first solo visit to China in 2013, followed by a second visit with Wine Australia last year, in order to help raise the image of Australian wine,” Henschke said.

“It’s fascinating to see how rapidly the Chinese market is developing and changing each time we visit. Chinese wine consumers are gaining more confidence as they learn to appreciate wine. AFFW embodies the spirit of historical, multi-generational wine producing families, and with the next generation of AFFW at the fore, they are able to provide the touch points for the younger Chinese wine lovers of which there are many.

"As a group we agree, and as the export figures show, the Chinese market is still very much the future for premium Australian wine.”

Kicking off on May 21, the 11 families who make up AFFW will visit Tianjin, Hangzhou, Kunming and Shenzhen during the eight-day tour, with two dedicated AFFW MasterClasses highlighting Wine Australia’s itinerary.

The first MasterClass, an in depth look into the classic Australian variety, Shiraz, will take place in Tianjin on the opening day of the roadshow. The event will be hosted by Lu Yang MS, the first ever and currently the only Chinese Master Sommelier.

He is widely regarded as the most important and influential sommelier in Greater China and is currently the Corporate/Group Director of Wine for Shangri-La Hotels and Resorts, overseeing the wine program and sommelier team for over 100 hotels of the entire group.

Concerning  De Bortoli's sudden absence from AFFW, Henschke said: “AFFW's shareholder agreement and membership criteria both stipulate that each AFFW member must be a member of the national Australian wine industry representative body which, until recently was the Winemakers Federation of Australia, and is now the newly incorporated Australian Grape and Wine Incorporated.

" The De Bortoli family has chosen not to become a member of this newly formed industry body and therefore no longer meet AFFW’s criteria.”