In a move that will be welcomed by both tourists and those involved in the wine industry, Jetstar has announced it will begin three times weekly direct flights between Adelaide and Hobart from November 14.

The first direct flights between the two cities since Tiger Airways pulled off the route in August 2010- meaning all flights go via Melbourne and can take up to six hours. 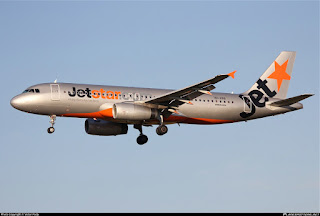 The new services will be operated by 180-seat Airbus A320s on Tuesdays, Thursdays and Saturdays. Up to 55,000 people are expected to travel on the flights each year.
“Thousands of travellers already fly from Hobart to Adelaide via Melbourne, so we are excited to offer direct low fares between the two cities, making it even easier to travel,” Jetstar group chief commercial officer Catriona Larritt said in a statement on Monday.
“Both Hobart and Adelaide are experiencing record tourism numbers, and we expect inbound tourism to the two cities to further strengthen with the addition of our new direct flights.
"We’ll start with three flights a week, if demand exceeds that, we’re always adjusting our schedule to provide what customers want.” Jetstar last flew the route in 2006.
The new flight from Hobart will depart at 5:45pm, arriving in Adelaide at 7:15pm, with the return service then departing Adelaide at 7:45pm and arriving in Hobart at 10.05pm.
“The Adelaide-Hobart route has been our largest unserved market for some time,"said Adelaide Airport managing director Mark Young.
"We know there is significant demand from customers to fly direct rather than via Sydney or Melbourne.”
Adelaide will become Jetstar’s fifth destination from Hobart, and the Qantas low-cost offshoot says it now operates more flights to and from Tasmania than any other airline.
Posted by Winsor Dobbin at 21:52