Las Vegas: a magnet for winners, and losers

It's been a while, but there is nowhere on the planet quite like the Las Vegas strip. 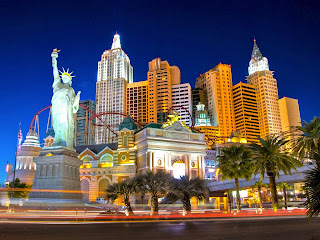 Six kilometres of neon excess; 24-hour entertainment; casino after casino, hooker after hooker (sorry, hostess after hostess). Replicas of an Egyptian pyramid, the Venetian Grand Canal and the Eiffel Tower.

The scent of optimism, balanced by the bitter stench of desperation. The whole world in one city. The entertainment capital of the world. The casino capital. The fight capital.

Would-bes come from all over the world to this garish temple of overindulgence and intemperance in the Nevada desert.

Most arrivals at the airport dream of making it big; on the roulette wheel, as heavyweight champion, as the next Elvis Presley, or marrying Mr Right.

Like Hollywood Boulevard, it can be a road to glory or a place of broken dreams.
The greed here dwarfs any greed you have experienced; everyone is on the make. There is only one currency that matters; how much money you have in your pocket (or perhaps the colour of your American Express card). Same same. 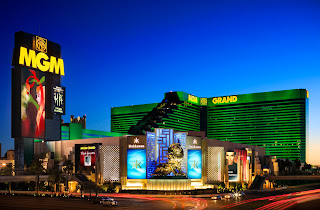 That's the thing about Las Vegas. The glitz and the promise of better days can grab you; give you unrealistic ambitions. It is all too easy for a high-roller at ringside to morph within 24 hours into a low-roller with a seat so far from the action it is like watching ants in combat.
You can spend day after day chasing the almighty dollar, not sure whether it is day or night. Winners are celebrated and feted; losers trudge through the heat and dust and head for the bus station.
While it is a magnet for high-stakes poker players and gourmets, five-star hotel lovers, fight fans and night-life lovers, Las Vegas can also be an outdoor destination for those willing to step away briefly from those flashing bright lights.
Close to the city are the Red Rock National Conservation area, Lake Mead National Recreation area and Mount Charleston.

Las Vegas continuously reinvents itself, so even regular visitors among the 43 million who make the trip annually will never run out of fun things to do.

This is not a city for taking lightly. There is a grit underneath the glitter but the adventurous will be well rewarded; until their money runs out.
Qantas return flights to Las Vegas from Sydney and Melbourne via Los Angeles start from $1200. Visit www.Qantas.com.
Posted by Winsor Dobbin at 19:07