Accor, the largest operator of hotels and resorts in Australia, has teamed with the Rehawk Property Group on the new-build ibis Styles East Perth - the world's largest high-rise modular hotel, in terms of room numbers offered. 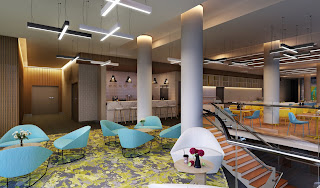 The hotel officially opened this week.

Consistent with their bold, distinctive hotel designs, ibis Styles, Accor's playful economy brand, has embraced the rising modular construction trend, which sees entire rooms built in modules in half the time of a regular build and constructed like pieces of Lego.

Located within walking distance to Optus Stadium and a short walk to the WACA, ibis Styles East Perth is being promoted as "the perfect destination for sports and live music fans, or those seeking a scenic city stay close to the Langley Park action and events such as polo in the city and the Sky Show.

Guests and visitors will be offered meals at the Eastside Social Bar and Restaurant. Other hotel amenities include a 24-hour state-of-the-art gymnasium, high-tech urban offices and a co-working space for guests and locals. 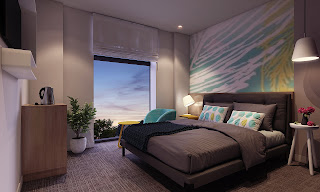 Accor Pacific's Chief Operating Officer, Simon McGrath, said: “The economy hotel sector is rapidly changing in Australia with our economy hotel product becoming vastly different from where it was even a decade ago.

"Guests are increasingly sensitive to the aesthetics of a hotel space and to the sensations stirred by design elements: they expect more than just 'accommodation'. "

The hotel is family-friendly with inter-connecting rooms available with bunk beds designed with children in mind. All rooms have been digitally well-appointed including free wifi, ChromeCast, USB and HDMI connectivity and USB charging.