Flavoured vodkas are all the rage, but Cape Grim 666 Vodka from Tasmania has pushed the envelope with two recent releases featuring indigenous flavours. 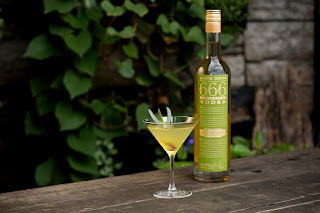 The release of Lemon Myrtle Honey and Wattleseed Coffee coincided withe launch of new packaging by the boutique brand.

The new flavours are sourced from the very best of Australia’s native produce, the press release says.

Cape Grim 666 Vodka has been Australia's leading premium craft vodka since 2007 and makes much play on its celebration of Tasmania’s Cape Grim region – a pristine and untouched wilderness that reputedly has the freshest rainwater in the world. 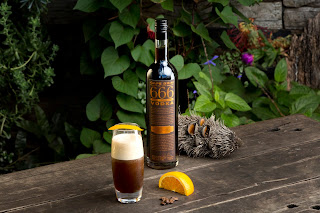 Cape Grim 666 Vodka Wattleseed Coffee is bill as the the world’s first cold-filtered coffee vodka created with artisan coffee specialists St Ali. I really liked this one and will be trying it in some cocktails.

Dean Lucas, founder of Cape Grim 666 Vodka, said: “The driving force behind the new label design was to bring 666 Vodka’s craft brand story back into the limelight creating a tangible link to Cape Grim, allowing bartenders to expand on and share their local craft spirit knowledge with customers.

"“With the rise in demand for fresh and unique tasting cocktails, we saw a great opportunity to showcase local Australian ingredients and create unique profiles. As the only craft producer 100% focused on vodka we are thrilled to bolster our product variety and deliver on-trend flavours that will excite cocktail lovers.” 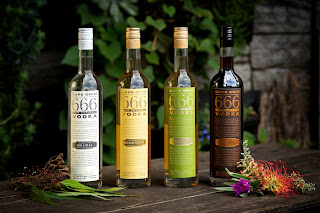