Launceston may have fallen behind Hobart when it comes to new hotel openings in Tasmania - but the exciting new Peppers Silo Hotel is on target to open in April next year.

To be managed by Mantra Group, the 108-room property is a $25 million redevelopment of the landmark Kings Wharf grain silos. 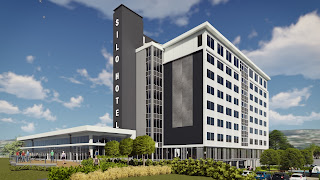 The 10-storey hotel will include 52 rooms in the barrels of the former silo and overlooks the nearby tourist drawcards of Seaport, Royal Park, the Tamar River Basin and Cataract Gorge. 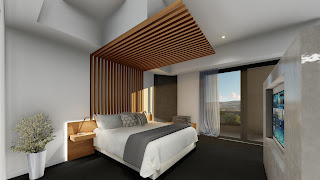 "The consistently high-performing hotel market in Launceston, combined with the ideal location of Peppers Silo Hotel and its unique market drivers, presented us with an exceptional opportunity to add to our existing portfolio in the city," he says.
“This acquisition comes at an opportune time in the Tasmania tourism market, with the state currently enjoying record domestic and international visitation.
“And, based on supply and demand forecasts, this strong performance is set to continue with further uplift projected."

Peppers Silo Hotel will be the first hotel development to open in Launceston since Mantra Charles Hotel was developed in 2010.

Mantra Group is the leading Australian-based hotel and resort operator. Mantra Group's portfolio consists of 129 properties with more than 22,000 rooms in properties under management, across Australia, New Zealand, Indonesia and Hawaii.