The news just gets worse and worse for the cruise industry in Australia, which has been blamed for inflating Covid-19 numbers. 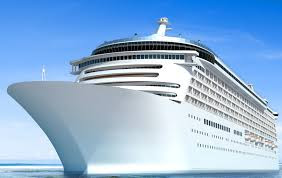 The Australian Border Force has extended the ban on international cruise ship visits to Australia to until at least mid-September.

Australia first announced a cruise ban in March - until June - but that deadline has now been extended until September 17.

It affects any cruise ship accommodating 100 or more passengers arriving from a foreign port.

"The minister for health extended the determination to prohibit the arrival at an Australian port of any international cruise ship that has left a foreign port. The restrictions included direct arrivals and round trip cruises," a statement said.

The Australian Border Force says it has been in constant contact with the cruise industry which has been co-operating and understands the reasoning behind the extension.

The decision is in line with Australia's human biosecurity emergency period, which was extended to the same September date by Australian Governor-General David Hurley, Travel Mole reported.

Clusters linked to cruise ship visits have been responsible for a large number of Covid-19 cases in Australia.

The US has a cruise ship ban in effect until July, while the Seychelles has banned all cruise ship calls until 2022.