It seems like just about everyone under 30 has a tattoo or two.

Some go the Full Monty with ink on their faces and necks, others opt for something a little more discreet.

Air New Zealand has just reversed its long-term ban on visible tattoos, amid criticism it was discriminating against potential indigenous Maori employees. 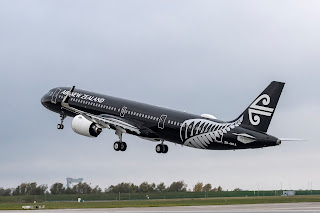 That is changing from September 1. The airline will now allow ta moko and other general tattoos as long as they are not deemed offensive.

"I'm extremely proud to be making this announcement. It reinforces our position at the forefront of the airline industry in embracing diversity and enabling employees to express individuality or cultural heritage," said Air NZ CEO Christopher Luxon.

"We want to liberate all our staff, including uniform wearers such as cabin crew, pilots, and airport customer service teams, who will, for the first time, be able to have non-offensive tattoos visible when wearing their uniforms.''

Critics had called out Air New Zealand's use of Maori traditions to promote its business, using traditional emblems but not allowing workers to do the same.

The airline will allow all other tattoos as long as they do not cause controversy.
"Where the situation is not clear, we will have a Tattoo Review Panel to assist employees and managers to determine whether a tattoo is aligned with our policy," the airline said.

"In the same way you shouldn't swear, make hateful comments, lewd jokes, or use violent language in the workplace for example, the same goes for tattoos."
Posted by Winsor Dobbin at 14:18