The couple purchased the former Killara property, with 360-degree views from one of Penna’s finest locations, which comprises 68 hectares of prime agricultural land and has three road frontages. 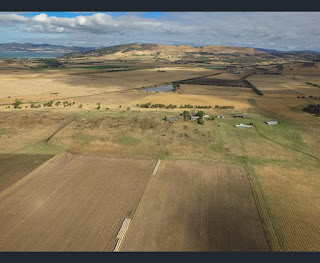 The property is connected to South East Irrigation Scheme and has its own 20-megalitre dam.

Goebel and Christian will be planting vines on a portion of the property, and still have some stocks from Coal Valley Vineyard, which sold in the second half of last year.


The couple purchased Coal Valley Vineyard in 1999 and increased holdings to 4.5 hectares. The wines were made by Goebel and Alain Rousseau at Frogmore Creek. Some recent white vintages were made at Winemaking Tasmania.

The new business, on Brinktop Road, will be known as Brinktop Vineyards. "These are exciting times," Christian said.