ACCC vows to take on those lying, cheating, thieving airlines

There are few more useless, toothless organisations in Australia than the Australian Competition and Consumer Commission (ACCC).

Known for talking big without the follow-up action, the ACCC has vowed to take on Australia’s airlines to ensure greater consumer protections. 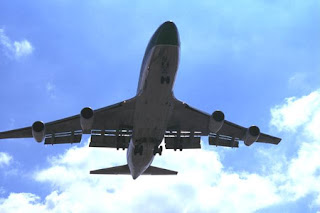 The ACCC's website says airline contracts are currently too one-sided - against the consumer.

Don't hold your breath waiting for action, but the ACCC identified three key issues in its preliminary report on Airline Terms & Conditions last month. These relate to fares being advertised as non-refundable, excessive cancellation fees and a lack of compensation provided to passengers when flights are cancelled or delayed.

In its report, the ACCC found that “there appears to be an imbalance in rights between consumers and the airlines, and the airlines are entitled to make unlimited changes whereas the consumer is financially penalised for making even minor adjustments.”
One particular area of concern is airlines advertising fares as “non-refundable”.

Under Australian Consumer Law, customers may, in fact, be entitled to a refund under some circumstances. For example, if the airline cancels the flight and fails to offer an adequate alternative.

Jetstar, similarly, states that all Starter fare add-ons are non-refundable. But in cases where paid add-ons such as meals or entertainment are not provided, customers are legally entitled to a refund.
Other concerns identified by the ACCC include: customers being charged for flight changes forced by the airline’s actions; travel vouchers being offered instead of refunds; customers not being compensated for the cost of booking a new flight on another airline in the case of a last-minute cancellation.