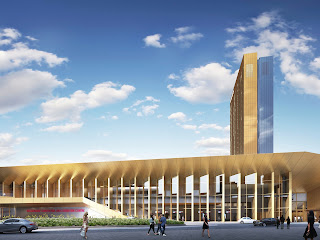 Rising 26 storeys from its highly visible South Wharf location, the hotel comprises 347 guest rooms and suites and is situated directly adjacent to the Melbourne Convention and Exhibition Centre (MCEC), which is undergoing a $350 million expansion to transform it into the largest facility of its kind in the Southern Hemisphere.
General Manager Glen Erickson said Novotel Melbourne South Wharf would make an important contribution to the local hotel landscape, which was experiencing a resurgence with investment in new build hotels planned or underway. 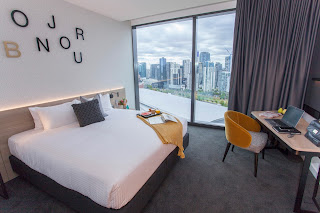 “This hotel's development, along with the MCEC expansion project, represents one of the largest and most significant infrastructure investments into Melbourne's tourism and convention industry,” Erickson said.
“Novotel Melbourne South Wharf will contribute significantly to the continued evolution of Melbourne as one of Asia Pacific's most desirable – and frequently visited – destinations for both business and leisure travel.” 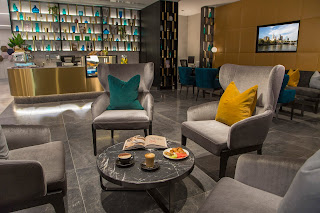 Novotel Melbourne South Wharf is the fourth hotel development between AccorHotels and owners, Action Hotels Group, to open in Australia, following the new-build ibis Styles Brisbane Elizabeth Street (2016), ibis Melbourne Glen Waverley (2007) and acquisition of ibis Budget Melbourne Airport (2015).
Like Novotel's much-lauded Canary Wharf property in London, Novotel Melbourne South Wharf is located within an historic maritime precinct.
Its contemporary architect contrasts with nearby docks and cargo sheds, as well as an original working ship, the Polly Woodside, which has been preserved and is permanently moored at South Wharf.
For more information about the hotel and to book, visit www.accorhotels.com.
Posted by Winsor Dobbin at 12:31