The arrival of American tourists en masse changes a destination forever. Americans tend to be loud, demanding and want all the comforts of home wherever they may be.

That means that Cuba is about to be changed as a holiday destination - and sooner rather than later.

Small groups of Americans have long managed to evade the U.S. ban on travel to Cuba, but the American trickle is about to become a tidal wave.

New flights have been added from US airports to Havana and Oceania Cruises last week revealed its first three inaugural voyages from Miami to Cuba, announcing it has received official government approval from the Republic of Cuba to operate cruises to the island beginning in March 2017. 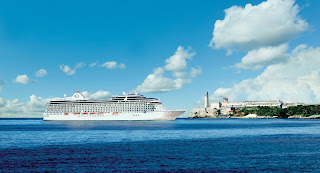 The cruise line announced it will inaugurate its calls in Cuba with one 14-day and two 10-day Caribbean cruises from Miami aboard Marina. Each of these voyages will call on the city of Havana with two of the voyages staying overnight and offering guests two full days in the iconic and beautiful, albeit crumbling, city.

All voyages will fully comply with existing U.S. Federal Regulations and the most recent pronouncements from the Office of Foreign Assets Control (“OFAC”) of the U.S. Department of the Treasury.

"The voyages will provide guests with a once-in-a-lifetime opportunity to discover not only the rich culture, history and natural beauty found throughout Cuba, but more importantly experience the warmth and hospitality of its people," Oceania Cruises said in a statement.

“We are tremendously excited to have received approval by Cuban authorities to offer cruises to Cuba from the United States aboard our acclaimed Marina. I believe there is no better way to experience the unique culture, beauty and diversity of Cuba than by cruise,” said Frank Del Rio, president and chief executive officer of Norwegian Cruise Line Holdings Ltd, the parent company of Oceania Cruises.

In Havana, guests will have a selection of shore excursions to choose from, all of which offer an authentic Cuban experience that explores the people, music, art, history and culture of the island in compliance with OFAC regulations.

That means the cruise will be regarded as a cultural experience by U.S. authorities - and up to 1,250 Americans will be flooding into Havana Viejo for a mojito (and likely complaining how small the Bodeguita de Medio is), strolling the Malecon (boardwalk) and demanding KFC for lunch.