A five-minute guide to imported wines

Imported wines are growing in popularity - and many of us will have the chance to sample something different over the holidays.

Here is a quick guide to what to try from a dozen different countries away from mainstream Australia, New Zealand, France and Italy.

SPAIN: Gaining in popularity all the time. The great red wines of Rioja have been joined by refreshing whites made from albarino in the Rias Baixas region and verdejo from Rueda along with reds that range from juicy to earthy depending on the region. Also, sparkling wines known as Cava.

GERMANY: The whites are the stars here; with rieslings ranging from dry to very sweet; also look out for pinot gris (grauburgunder) and light pinot noirs (spatburgunder).

AUSTRIA: You'll find some outstanding aromatic whites among the imports from Austria, particularly wines made from the native grape gruner veltliner (below) and riesling. 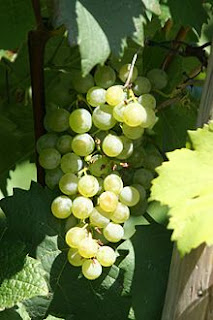 GREECE: The days of Greece being associated with cheap and nasty retsina are long gone. Today it produces a range of white and red table wines made from both international and domestic grape varieties. Look out for whites using assyrtiko.

SLOVENIA: The rising star in Europe, this former Yugoslav republic is known for its fresh and flavoursome white wines and has leapt ahead of Croatia in terms of quality.

USA: The cabernets and chardonnays from California tend to be big, oaky and expensive. Good options are fragrant whites and pinot noir from cooler Oregon and syrah (shiraz) and merlot from Washington state.

CANADA: Best-known for its ice wines from Niagara on the Lake, while the best table wines come from the Okanagan region in British Columbia.

ARGENTINA: Argentine producers have gained global acclaim for their take on the tannic red grape malbec, the best of which comes from cooler regions like the Uco Valley, but also look out for native red grape bonarda, cabernet franc and white wines made from torrontes. 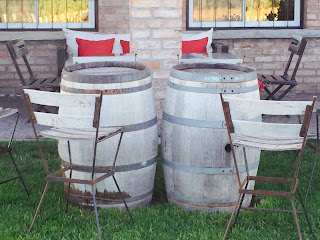 SOUTH AFRICA: The wine regions in and around Cape Town produce wines ranging from outstanding to ordinary. Reds made from pinotage are much-vaunted but inconsistent. Whites made from chardonnay and chenin blanc star.


ENGLAND: Don't laugh. Wineries in the south-east of England have already made a splash with their quality sparkling wines and global warming means England could be a major player within 20 years.
Posted by Winsor Dobbin at 12:00