The tiny southern Tasmanian town of Cygnet will take on a French accent next month - but only for one weekend. 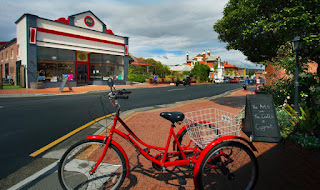 Cygnet, with a population around 1,000 and counting, last weekend held its 34th annual folk festival, which drew a crowd of 6,000.

On the weekend of February 13-14, it will host the first Le Weekend, two days devoted to celebrating all things French and celebrating the region's many links with France.

The bay on which Cygnet sits, some 45 minutes' drive south of Hobart, was named Port des Cygnes (Port of Swans) by French navigator Bruni D'Entrecasteaux in 1793, because he observed a large number of black swans in the area.

The Huon Valley region, along with its local government authority, several towns, the HHuon River, and the Huon Pine, were named after French explorer Jean-Michel Huon de Kermadec. 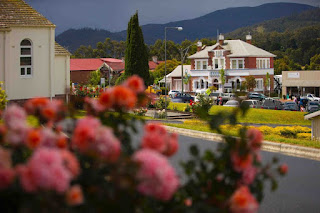 Cygnet’s 150th anniversary in 1984 was marked by Cygnet twinning with Entrecasteaux in France and a visit of the French Frigate “Jacques de Cartier”.

Today, Cygnet is a local mecca for artists, musicians, craftspeople and creative types, including many journalists, TV types, and Gourmet Farmer Matthew Evans, among others. It hosts a hugely popular fortnightly market.

The inaugural Le Weekend will include the first Tour de Cygnet cycle race, over either 17km or 38km, along with dozens of other events celebrating French history, culture and romance. 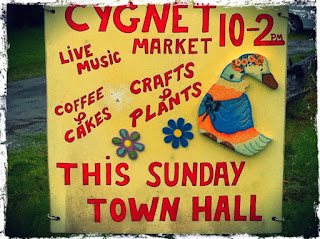 Following the opening ceremony on February 13, there will be market stalls with a French flavour, petanque, a French dinner banquet with chicken liver pate and bouef bourguignon and some great cheeses. There will be some terrific French wines and I will be giving a talk on the differences between French and Tasmanian wine.

The market stalls and petanque will be back on the Sunday, along with a Valentine's Day French breakfast, the cycling, French cooking classes with Steve Sakell, the chef at Villa Howden, and more movies and cars.

On both days, visitors and locals will be able to explore the local waters first mapped by French navigators on board the Lady Nelson sailing vessel.

Tickets and more information at www.cygnet.org.au