How about a round of golf and a gourmet feast? 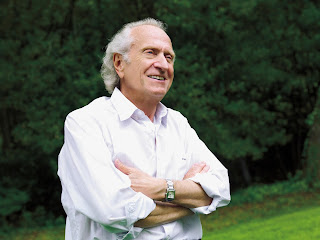 Datai guests will indulge in a five-course set menu prepared by the man described as “the godfather of modern restaurant cuisine in the UK” in the tropical rainforest resort overlooking the Andaman Sea.

On each of the evenings, pre-dinner cocktails and Michel Roux Champagne will be served by the main pool followed by dinner in The Dining Room.

A well-curated wine list will accompany the dinner menu. Master sommelier Pierre Bat from negociant Veyret-Latour in Bordeaux will be in attendance, advising on wines and sharing his knowledge.

French-born Roux will also conduct a Masterclass cooking demonstration at The Datai. He opened London restaurant Le Gavroche in 1967, which later became the first Michelin three-starred restaurant in Britain.

His restaurant in the village of Bray, The Waterside Inn, has held three Michelin stars for a period of 31 years.

Datai guests may book for just one, or all three nights for dinner with Michel Roux. 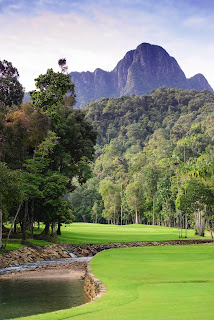 Leisure facilities at the resort include two swimming pools, an award-winning spa and the Els Club Teluk Datai (above) – one of the most scenic golf courses in south-east Asia, designed by Ernie Els.