Aldi gets behind half bottles of wine

Australian consumer trends often follow those in Britain - so look out for an increased range of entry level wines in half bottles in the not-so-distant future. 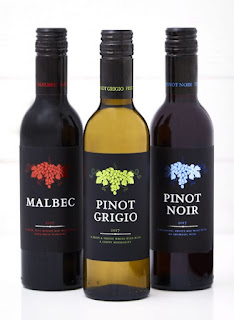 UK supermarket chain Aldi is promoting a range of 37.5ml wine bottles, which are selling under screw caps for £2.99 a bottle (just under $AUD 4.50).

The wines are being sourced from Romania - an increasingly prominent supplier of entry-level wines - and from Chile.

“With more and more consumers opting for a healthier lifestyle, half bottles are a great way to still enjoy a midweek tipple with dinner, without needing to open a whole 75ml bottle of wine,” Julie Ashfield, managing director of corporate buying at Aldi told Drinks Business.

While half-sized bottles have had a somewhat mixed past, their popularity with British retailers appears to be on the up.

Co-Op supermarkets, meanwhile, are trialling single-serve wine pouches across 598 stores nationwide under the Most Wanted label, in a bid to tap into convenience.

The new 187ml pouches are available as either a Sicilian Pinot Grigio or a Mendoza Malbec, with a RRP of £2.49.

In Australia there has also been a Dan Murphy's/BWS-led push towards wine in cans produced by Fourth Wave Wines. Interesting times.