Texas calling. How to fly direct from Australia to Houston

United Airlines was one of the sponsors of this week's International Media Marketplace in Sydney spruiking its new daily, non-stop service between its Houston hub and Sydney. 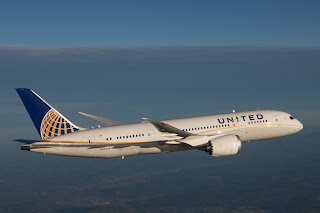 The new flights started on January 20 and offer the only non-stop service to Australia from Houston in Texas. Sadly, I missed out on the IMM competition prize of a free business-class flight.

United also serves Sydney from its West Coast hubs in Los Angeles and San Francisco.
Houston is the fourth-largest city in the United States - and the perfect destination for music lovers looking to cover Memphis, Austin and Nashville.
"For nearly 50 years, the City of Houston and United Airlines have built a wonderful relationship and we are thrilled that United continues investing in its operations at George Bush Intercontinental Airport and throughout our community," said Houston Mayor Sylvester Turner.
"This new route is just one of the ways United is demonstrating its commitment to its customers and employees in Houston. We are looking forward to visiting Sydney and welcoming our Australian visitors with open arms to Texas."
United's flights between Houston and Sydney are operated with Boeing 787-9 Dreamliner aircraft with a total of 252 seats - 48 flat-bed seats in United Polaris business class, 63 economy plus seats and 141 seats in economy.
The Dreamliner delivers operating efficiency, comfort and lower emissions.
"Australia is one of the most important international markets for United and we are delighted to offer this new direct service," said United senior vice-president of worldwide sales (Americans do love a title) Dave Hilfman.
United has operated for nearly 50 years from its hub at George Bush Intercontinental Airport. United and United Express offer nearly 500 daily flights to more than 170 destinations around the world, including business and leisure markets in Asia, Europe and the Americas.
The Houston hub is United's premier gateway to Latin America, serving 51 nonstop destinations across Latin America and the Caribbean. United is also one of Houston's largest employers, with more than 14,000 Houston-based employees.
See www.united.com.