Back to the 60s with a new pop-inspired seaside hotel

The Swinging Sixties: the Beatles and the Rolling Stones, Twiggy and The Shrimp, Carnaby Street.

Now members of the British band The Libertines aim to recreate the sixties for those who missed the antics of the likes of Andy Warhol and The Who.

The Libertines, known for hits like “Can’t Stand Me Now” and “Don’t Look Back Into the Sun” aim to create a hip space in a former rundown bed and breakfast in the seaside town of Margate in Kent. 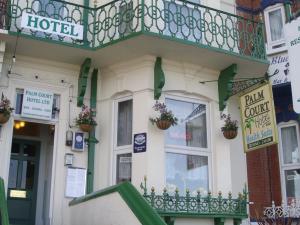 The new hotel will be called The Albion Rooms in homage to an East London apartment where the band hung out their early years, The Guardian reports.

The hotel will be “inspired by the celluloid co-habitation antics of the Beatles and the Monkees,” according to a statement from the band, and will function as a “a living art space [and] a Warholian factory, with guest rooms, a bar, and studio."

Each room, it is promised, will be "individually designed … each with a distinctly Libertines’ style”.


It all sounds like an early April's Fool joke, but it is apparently true. The five-story, 10-room Albion Rooms will open in the middle of the year.

Members of the band plan to be actively involved in the hotel, and may even pour pints for guests who stop by the bar.

The Libertines have already moved into the hotel and are working on their fourth studio album from inside its walls. Once the album is complete they will premiere both the hotel as well as the album with a launch party.

The bed and breakfast, formerly known as The Palm Court, was rated by TripAdvisor at the worst in Margate, and one of the poorest in Britain.
Posted by Winsor Dobbin at 19:52