What happens when you believe you have been robbed on an aircraft?

There was a very interesting letter in the recent Australian Frequent Flyer newsletter.
A member was shocked to discover their carry-on luggage had been stolen between them boarding the plane and take-off.
This person had placed their carry-on items, including a computer and credit cards, in the seat pocket after boarding. They then got up to use the bathroom before take-off, returning only to discover that the items had disappeared. 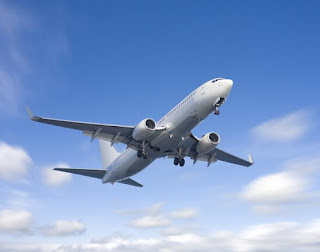 In this case of the vanishing carry-on, it seems a fellow-passenger thought the items had been left on board by a passenger from the previous flight.
This passenger handed the items to a flight attendant, who offloaded them without checking who they belonged to. All of this occurred before our member even had a chance to return to their seat.

Who is to blame? All of them in my opinion.
Anyone leaving credit cards and valuables where they can be easily accessed is a fool.
The passenger who looked into adjoining flyer's seat pocket is either a good samaritan trying to help, or a nasty snoop. Take your pick.
And the air crew who offloaded the computer and other goods without checking thoroughly were just plain stupid. It would not have been difficult for airline staff to check if the owner of the contents matched the name of the person in the seat they were found in. That's why they have those old-fashioned reams of paper on every flight listing passengers and their seat allocations.
The message, however, is clear. Be extremely careful and regard everyone around you on a plane as a travelling idiot (they often are).
And certainly do not to leave any belongings unattended, especially if the aircraft doors are open.
www.australianfrequentflyer.com.au
Posted by Winsor Dobbin at 12:41