A little slice of France

Montreal is a little slice of France in go-ahead North America. It's Canada’s second-largest city and the biggest in the French-speaking province of Quebec. It has close to 3.6 million people in the metropolitan area and is the second-largest French-speaking city in the world after Paris. It’s a stunning mélange of the old and the new; the lively and the laidback.

As you’d expect, it has a French ambience – and a sensational range of eating and drinking experiences; from the traditional deli food at Schwartz’s – check out the massive smoked meat sandwiches – to the hip seafood eatery Kitchen Gallery Poisson in Old Montreal.

Don’t miss tasting the best of the local produce at the Jean-Talon markets each day (see bottom pic) and pop into the funky Pullman for tapas and to taste wines from around the world. St-Catherine Street, Montreal’s main shopping area, is 15km long and boasts 1200 stores. 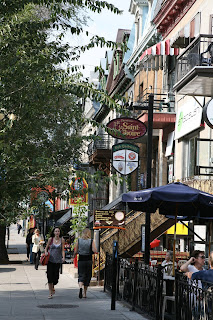 Montreal is an island city at the confluence of the St Lawrence and Ottawa rivers. It boasts  green spaces and festivals like the Montreal International Jazz Festival and Just For Laughs, the world’s largest comedy festival.

It was once known as the “city of a hundred bell towers” and is renowned for its churches along with its museums, theatres and concert halls and historic districts like the lively Old Port. The Pointe-A-Calliere is a fascinating museum of archeology and history and the spectacularly named Mary Queen of the World Cathedral another “don’t miss”.

The venue of the 1976 Olympic Games, Montreal hosts the annual Canadian Formula One Grand Prix, a NASCAR race and is home to the beloved by the locals Montreal Canadiens ice hockey team, the most successful in North America with a record 24 Stanley Cup triumphs.

My digs were at the very chic Hotel Le Germain, one of a small chain of boutique hotels that’s making a big noise. With superbly equipped rooms, free wi-fi and personalised service “the courtesy car can take you to the station Mr Dobbin”, it ticks all the boxes if you are looking for affordable luxury. 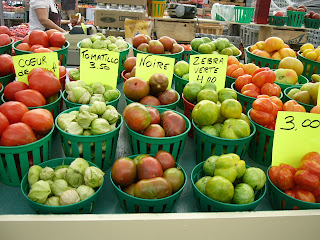 Summer is probably the best time to visit. Montreal can be bitterly cold in winter. That means locals can stay underground when the inevitable winter snow hits. Montreal has 33km of underground city with 1700 boutiques and 200 restaurants.

Air Canada offers the only non-stop direct flights between Sydney and Canada flying daily from Sydney to Vancouver with connections throughout the day to both Toronto and Montreal. See www.aircanada.com.