Languedoc - a perfect destination for gourmets and wine lovers

It is market day in the beautiful old town of Pézenas (below). Locals are sampling gourmet goodies; cheeses, sausages, hearty fougasse breads and the local petits pâtés de Pézenas, small sweet/savoury pockets that were the original mince tarts. Many are sampling wines made from grapes grown in the surrounding Languedoc-Roussillon region. 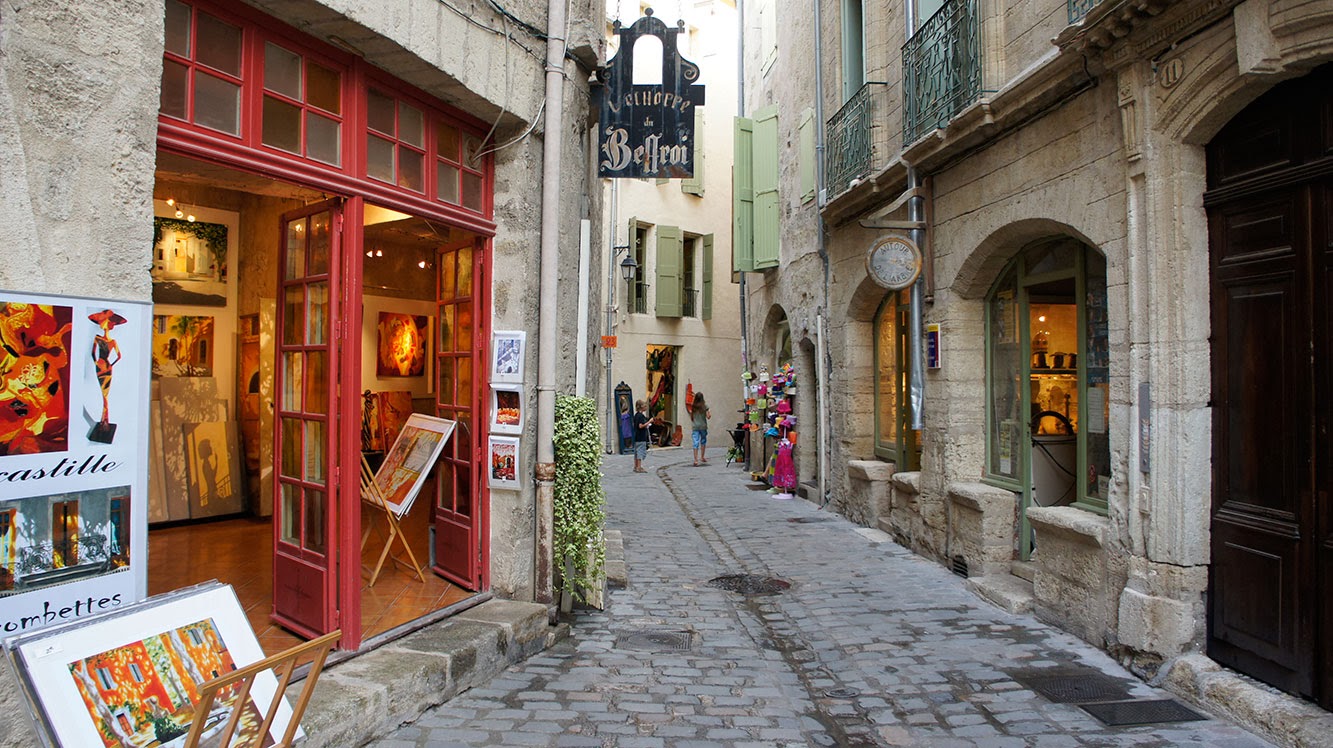 While Bordeaux, Burgundy and the Rhone produce some of the finest wines in the world it is actually Languedoc, in the deep south of the country, that is France’s most productive wine district.
There are three times as many vineyards here as there are in Bordeaux and nine times as many vines as in Burgundy. One in every 10 bottles of wine sold worldwide comes from here – and around 30% of all French wine – and quality is rising.
Pézenas, a charming country town with city facilities known as the Versailles of Languedoc, is a great base from which to explore larger towns in the region, including perennial favourites Carcassonne, Narbonne, Montpellier and Beziers – and the many surrounding vineyards.
The old town centre, with many artisans operating out of old studios, is dotted with narrow streets and grand town houses from the 16th, 17th and 18th centuries, when Pézenas was the seat of the Governors of Languedoc.
It’s been (briefly) home to the playwright Moliere and is the base of Alain Robert, the climber of the world’s highest buildings who has been dubbed Spiderman.

There are several excellent places to dine with the best probably being the Restaurant L’Entre Pots, rustic and charming and a favourite with local vignerons for its sophisticated use of local produce. There are daily menus featuring dishes like skewered prawns and ginger with a tomato gazpacho and lemon/ginger ice cream, and local veal chop with mashed potato. 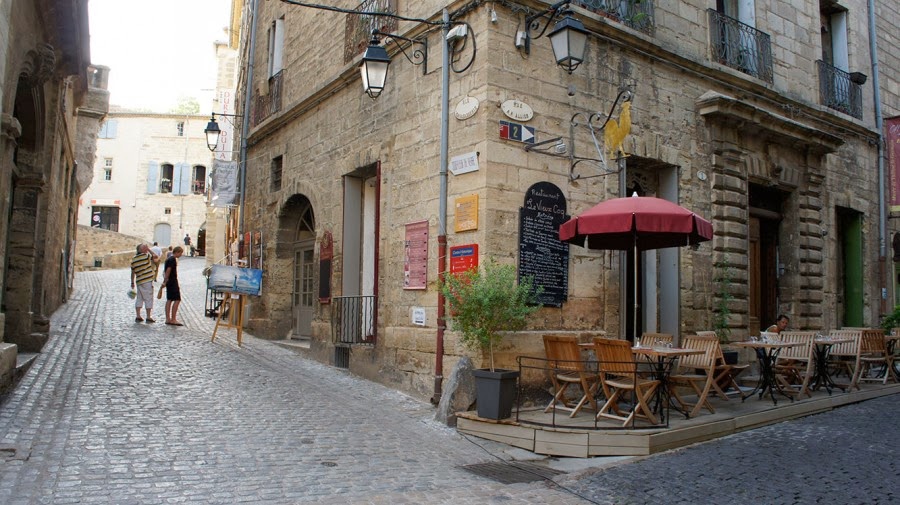 Just across town is the delightful Hotel de Vigniamont, a privately owned guest house with delightfully rustic and atmospheric rooms set in a beautiful 17th-century townhouse.

La DorDine, a friendly B&B in the historic old Jewish quarter is another affordable accommodation option and also offers authentic local cuisine as well as having its own wine tasting cellar.
Among the most familiar wine regions nearby are Corbieres, Minervois, Banyuls, Fitoux, Limoux, St Chinian and Coteaux de Languedoc, although many wines are just labelled Vin de Pays d’Oc or Languedoc AC.
The Languedoc traditionally produces carignan and grenache but there are more recent plantings of chardonnay, sauvignon blanc, viognier, cabernet sauvignon, syrah and merlot. This is a warm region, with temperatures similar to Australia's Riverland, producing medium-bodied wines with slightly more alcohol than elsewhere in France – which makes them appealing in New World markets.
“I still make French wines, but I make them using New World philosophies,” says Jean-Claude Mas, the innovative local winemaker who has matched Australians at their own game, modernised and who exports over 100,000 cases under the Arrogant Frog and Paul Mas labels in to Australia.

Mas is one of the few local winemakers to operate cellar door tasting facilities, in his case at Mas Domaine Nicole, outside Pézenas.
The Mediterranean climate here makes it popular with holidaymakers, particularly seaside resorts like Sete and the lively university town of Montpellier.
Vinipolis in the town of Florensac is a good place to taste local drops, while if you visit Lezignan in Corbieres you’ll find one of the local cafes, Bar Brasserie 79, is owned by former French rugby league captain Hugues Ratier – and the locals are happy to chat about wine or league.
But wine is far from the only gourmet treat in the region. More than 10% of all France’s oysters come from the waters around Bouzigues, Sete and Meze, where there are 2800+ oyster beds.
If you are lucky a local fisherman will take you out on one of their punts to the Bassin de Thau for a close-up look.
Cheese-lovers, too, are well catered for. A drive over the Millau Viaduct, the world’s highest bridge and a remarkable feat of engineering, brings you to the small town of Roquefort sur Soulzon in the Aveyron, where the world’s most famous blue cheese is matured in limestone caves.
Companies like Societe, the biggest producer, and Papillon, conduct fascinating regular tours and tastings.
The other highlights are many and varied. There’s the many attractions of Carcassonne, the tranquility of Canal du Midi and the restored old fortress village of La Couvertoirade built by Knights Templars in the 12th and 13th century. Wherever you go you are surrounded by history.
The Pont du Gard aqueduct (below) dates back to Roman times. Carcassonne, a magnificent walled city, hosts several festivals and expos during the year and is home to star restaurants like Franck Putelat at Le Parc and La Barbacane at the superb, chic and ultra-expensive, Hôtel de La Cité. 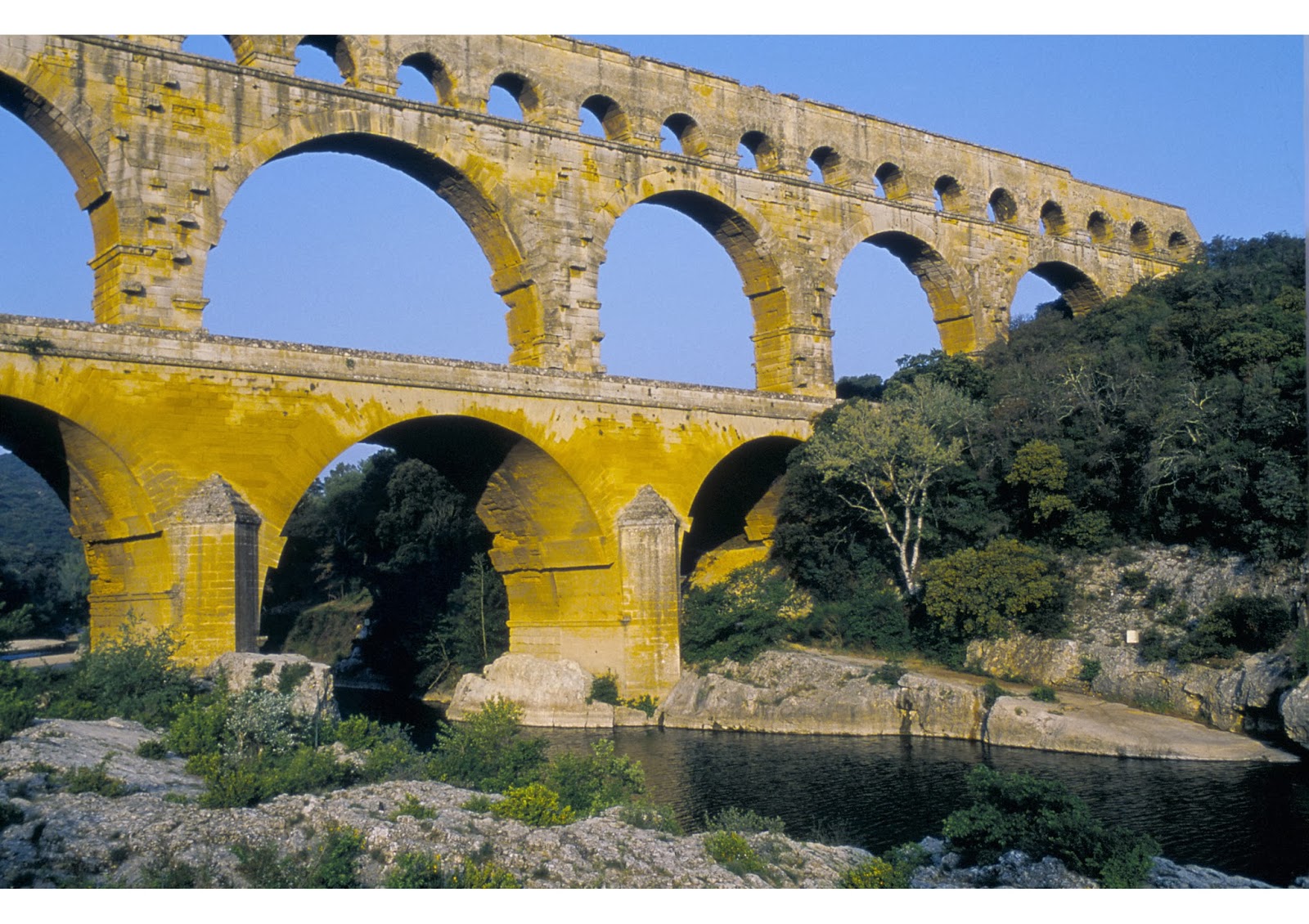 The seaside town of Marseillan is home to a lovely restaurant Le Chateau du Port (owned by the Pourcel brothers who also have the two Michelin-starred Le Jardin de Sens in Montpellier) and is the headquarters of Noilly Prat, the dry herb vermouth that has been made here for two centuries. Daily cellar tours and tastings are offered.
Also worth visiting is the bustling seaside town of Sete, where locals engage in regular nautical jousting competitions (a huge tourist drawcard) on the Grand Canal. Rowing boats charge at each other, the jouster trying to knock his opponent into the canal with a lance.
For those seeking a more peaceful rustic retreat, the lovely, peaceful hilltop town of Uzes, is dotted with cute cafes and boutiques and is home to a terrific wine shop at which you can stock up on some still-undiscovered local gems to bring home.
Qantas flies regularly to Paris via Hong Kong and Singapore. See www.qantas.com.au.
Posted by Winsor Dobbin at 10:52