Albi: a delightful escape that's one of France's lesser-known gems

Paris will be on the itinerary of just about everyone visiting France. Nice, Cannes and the French Riviera are de rigueur for the chic set, while the vineyards of Champagne, Bordeaux and Burgundy are irresistible. Provence has its many fans, too, as does the Dordogne.
Spread your wings a little wider, however, and there is a very different France waiting to be discovered: a France in which the menus are not printed in six languages and the daily markets are not over-run by busloads of tourists playing “if this is Monday it must be Marseille”.Exploring La France Profonde – the real France – takes a bit more time and effort, but there are some amazing cities and great wine and food to be savoured. 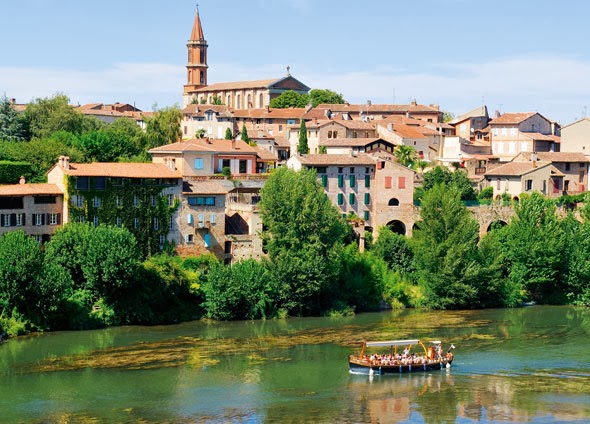 Albi, just a short drive from the major city of Toulouse in the Midi-Pyrenees region, is one of France’s great remaining secrets. The birthplace of the artist Toulouse Lautrec and explorer Jean-Francois de la Perouse, it is home to a remarkable cathedral, superb museums and historic buildings. The city centre was added to the UNESCO list of World Heritage sites in 2010.

Even better, Albi is surrounded by vineyards (think names like Gaillac and Cotes du Frontonnais), and is also home to one of France’s hottest chefs. 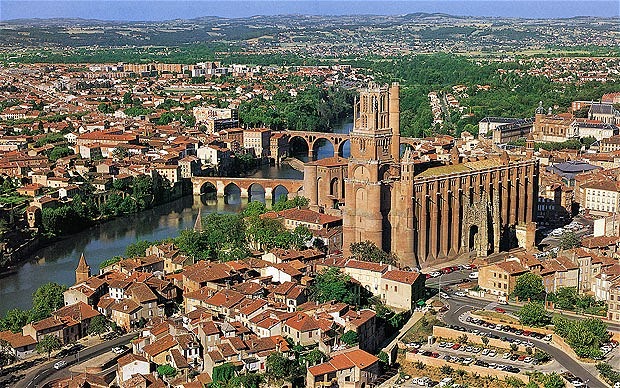 Albi’s history dates back to the Bronze Age, but it blossomed after 51 BC following the Roman conquest of Gaul. The building of the Pont Vieux (Old Bridge) in 1040 saw the city expand and construction of the Cathedral of Sainte-Cecile began in 1282 (although it was not completed until the 16th century). It is the largest brick cathedral in the world.Unlike many French cities, Albi’s rich architectural heritage has been retained and a walk around town is a step back in time with the Old Bridge still in use after almost a millennium. Today, the town has a population of around 52,000 and is thriving.
Older than the much better known Palais des Papes in Avignon, the Palais de la Berbie, which was once the bishop’s palace, was completed in the 13th century. One of the best preserved castles in the country, it is now the Toulouse-Lautrec Museum, home to over 1000 works of art.For those who wish to explore at a slow pace – and Albi is a town that lends itself to leisurely exploration – you can easily cover most attractions on foot or on the petit train (small tourist trains on wheels that are ubiquitous throughout France). The town is served by two train stations on the line from Toulouse to Rodez, with Gare d’Albi Ville the most central. The Echappée Verte (Green Escape) includes three kilometres of walking tracks along the Tarn and Caussels rivers  and offers several great views of the city, while there are several river cruises on offer on the Tarn using gabarres, flat-bottomed barges once used by local merchants. Choose between a 30-minute trip or a two-hour journey to Aiguelèze (June to September only).

Despite Albi not yet being a mainstream tourism destination, there are over 20 hotels in and around the town, including the Hotel la Reserve, a luxury Relais & Chateaux property on the road to Cordes, the Grand Hotel d’Orleans and the Hotel Saint-Clair, a member of the reliable and affordable Logis de France group. There are also several chain options, including a Mercure and an Etap.When it comes to dining, you can’t go past the delightful L’Esprit du Vin where rising star David Enjalran has earned a Michelin star for dishes like pigeon stuffed with pig’s trotter and oysters. 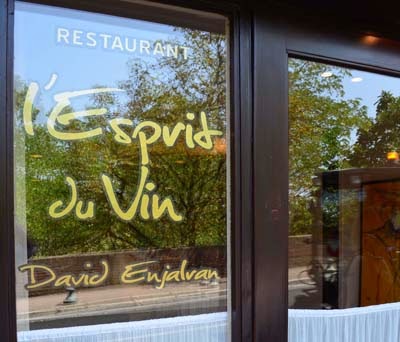 Local boy Enjalran is known for his use of luxury ingredients like black truffles and foie gras, but also shines with simple dishes like a ‘gazpacho’ of wild strawberries. Lunch here is an absolute bargain for 29€ and, as the name suggests, there is a good list of local wines.
There’s a covered market in Albi open Thursday-Sunday and an open-air one in Place LaPerouse six days a week (closed Mondays), where visitors can try local specialities like pastries called janots, gimblettes and navettes, or perhaps radishes with salted pork liver.

France as she used to be.