Mention Rutland to many urbane, well-travelled English people and you’ll see a flicker of uncertainty in their eyes. They’ve heard of Rutland, of course. They are just not sure where it is.

Which is quite remarkable as Rutland has been described as “the Cotswolds without the crowds” and remains a slice of England that could easily serve as a movie set – and sometimes does.

It’s a bite-sized slice of leafy countryside where probably you’ll need to avoid wild deer and pheasants as you walk, drive or cycle down deserted country lanes heading in search of one of the many authentic country pubs. 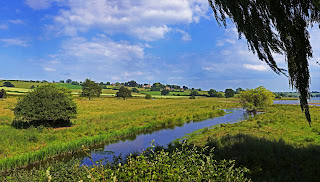 Within its 150 square miles (there are plenty of farms in Australia that are far bigger) you can discover a rural idyll that it sometimes seems time forgot. There are no fast food outlets, no chain hotels and it’s hard to find even a single “disenfranchised yoof” – the slouching, scowling young denizens so evident in many British cities.

Rutland is unashamedly comfortable, and comfortably middle-class, but that’s not to say it doesn’t have plenty to offer; from one of the biggest inland reservoirs in Europe, Rutland Water, to museums, country markets and the aforementioned pubs, Rutland is a place for slowing down and taking life easy – it’s Midsomer without the murders.

Rutland Water, beneath which are the remains of the former villages of Nether Hambleton and Middle Hambleton, is popular with sailors, fishermen and ornithologists (it is a major breeding area for ospreys) and in summer many visitors cycle and eat their way around the 40 kilometres of shoreline, popping in at various pubs and cafes along the way.

It’s also possible to walk across the entire county, England's smallest, in well under a day. Bordered by Northamptonshire, Leicestershire, Lincolnshire and Cambridgeshire, it measures just 27.4 kilometres from west to east at its widest point and is almost exactly the geographic heart of England.

The extremely pretty county town (or capital) of Oakham, population a shade under 10,000. No wonder Rutland is England’s most rural county, recently described by The Times as “small but perfectly farmed”. 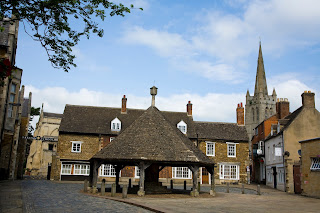 Local menus feature delicacies such as local pheasant and hare, bread from the artisanal Hambleton Bakery (visitors are welcome to see how all the breads and pastries are hand-made and baked), Jollydale Cider and beers from the local Grainstore Brewery, which is popular with lovers of traditional British ales.

The pubs are full of life, many of them with top-notch restaurants, and are centres of community activities. The landscapes feature church spires, village greens, hedgerows and classic green fields.

The best known pub, and it is absolutely delightful, is The Olive Branch in Clipsham (below), a hamlet of maybe two dozen houses surrounded by quintessentially English countryside, stone cottages, bridleways and public footpaths and narrow country lanes where you are more likely to find horse riders than another car. Fox hunting and pheasant shooting remain popular here. 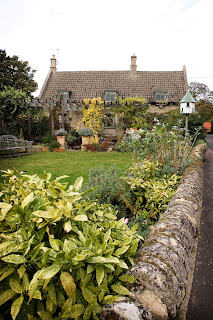 Although the hounds now run after a scent rather than a live fox, locals say, with a nod and a wink, that there is nothing they can do should the hounds just happen to catch the scent of a live fox.

The Olive Branch was originally three labourers’ cottages, which were joined together in 1890. It was renovated and revitalised in 1999 and accommodation across the road at Beech House was added in 2006 - with open fires, antique furnishings, Egyptian cotton sheets and power showers offering urban chic in contrast to the rural surrounds. My bed was so absurdly comfortable it took a real effort to get up in the morning, even though I knew more eating and drinking was on the agenda.

The Olive Branch’s restaurant has a national reputation but it is also very much a local hangout with villagers enjoying roasted chestnuts and a log fire in winter and a beer garden in summer.

Choose al a carte or from a blackboard menu that changes daily ; a wine list that flits from France and Italy to South Africa, New Zealand, Chile and Argentina to more familiar offerings from Tasmania to McLaren Vale and over a dozen available by the glass; a selection of regional real ales and seasonal drinks like sloe gin, damson vodka and mulled wine.

Also highly recommended is Barnsdale Lodge (below), a former 17th-century farmhouse that has been converted into a country house-style hotel that is open to non-residents for breakfasts, morning tea, lunch, afternoon teas and dinner.

Some of the 44 rooms (all with free wi-fi) have views over the croquet lawn to Rutland Water, but the lodge is most famous for its restaurant, which specialises in local, seasonal food, prepared fresh each day, using ingredients like local trout, pike or partridge. 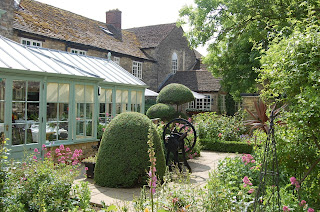 The hotel is part of the Exton Park Estate, which has been the home of the Earl of Gainsborough since 1760. The property is also dog friendly, should you be travelling with a furry friend.

The brochure Eat Drink Rutland, available at tourism offices, contains a full list of local eateries and pubs. Oakham, which is known for its many art galleries, hosts a local street market on Wednesdays and Saturdays and many vendors will proffer tastings of their berries or local cheeses. The County Museum offers a fascinating (no, really) insight into Rutland’s history with its unusual exhibits including a real gallows.

Oakham Castle dates back to the 12th century. Admission to both the museum and castle is free and the town has its own heritage trail. As you wander the town, you are able to enjoy a small sample of England as she might have been before the Industrial Revolution; clean, neat and totally charming.

# The writer was a guest of Discover Rutland.