How Newcastle reinvented itself as a gourmet destination

It is not so long ago that Newcastle was derided as a dull industrial city that most people skirted around as they headed to the beaches of northern New South Wales.

But the former steel and coal city just a two-hour drive north of Sydney has reinvented itself as a destination for lovers of fine food, wine and craft beers; as well as culture, city beaches and outdoor action. 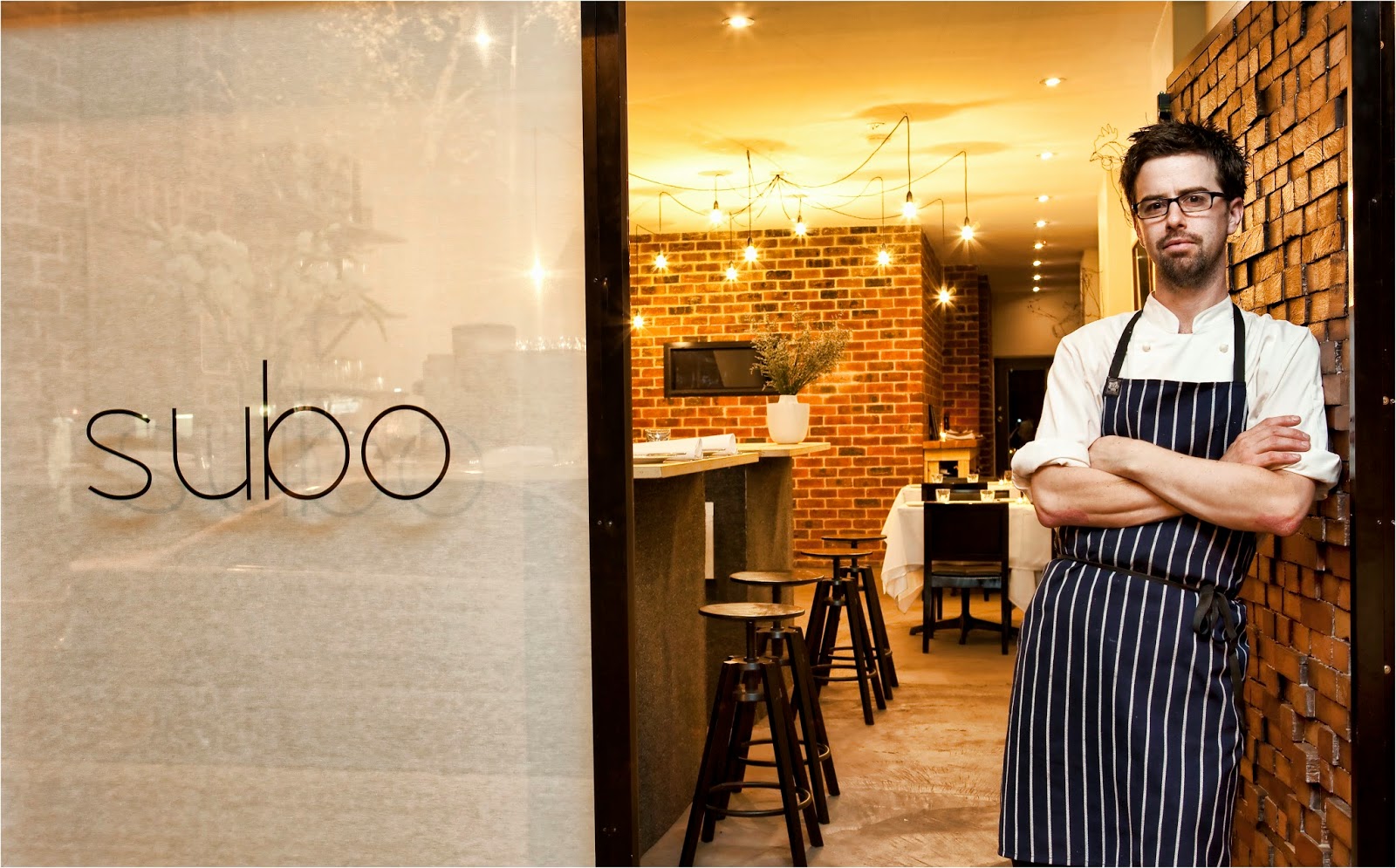 As a city of heavy industry, Newcastle was badly hit by recessions – and an earthquake - in the early 80s and early 90s, but is today a vibrant and resurgent city with a lively café culture. It is the seventh-largest metropolitan area in Australia.

The CBD is shifting to the west, towards the major waterfront urban renewal area known as Honeysuckle and the West End, which was a wasteland of deserted buildings just a few years ago but is now home to trendy restaurants and speakeasy-style bars.

First stop for any gourmet looking for dinner should be Subo, a contemporary bistro on the western edge of the main street, Hunter Street.

Talented chef Beau Vincent (above), who has worked at Tetsuya's and Bistro Guillaume, serves up five-course set menus in a buzzy, relaxed atmosphere and has earned two hats in the Sydney Morning Herald Good Food Guide. His wife Suzie runs front of house.

Everything here is top-notch, from the inventive food (think dishes like steam snapper fillet with mushroom dashi, konbu, rye and daikon; and roasted Galston spatchcock with braised onions & bread sauce) to the affable but knowledgeable service.

The menu changes every six weeks or so but make certain to advise of dietary issues when booking. There's a cleverly concise wine list with just a couple of dozen wines, with most of them are available by the glass.

Very different in style, but also run by an outstanding young chef, is Restaurant Mason at the other end of Hunter Street, run by chef/patron Chris Thornton, who has worked at London’s two Michelin-starred The Ledbury. 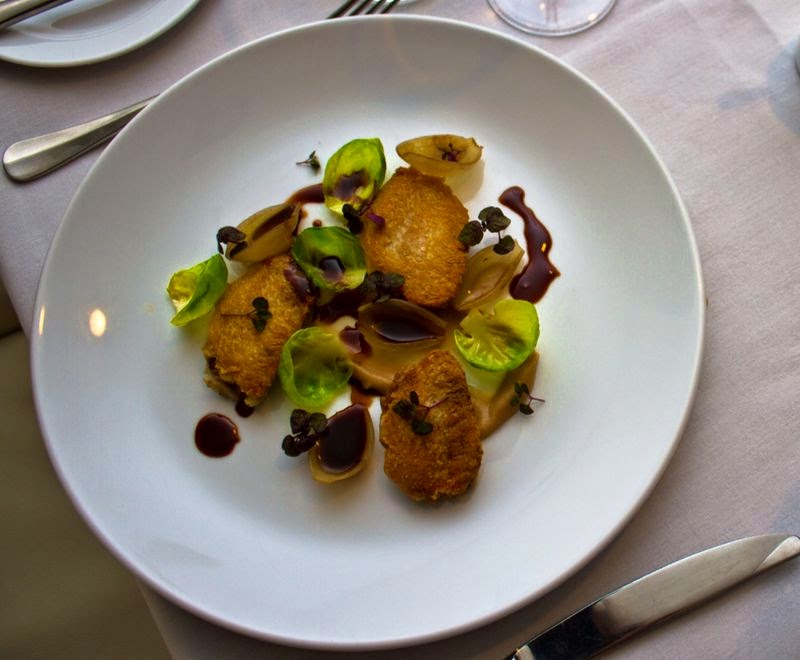 The dining here (above) is more traditional, with a plethora of choices, but there are plenty of surprises; try dishes like miso-glazed kingfish with kimchi, togarichi spice and prawn cracker; goat cheese tortelini with locally grown vegetables, almond gazpacho, toasted grains and herb butter, or maybe caramelised pork cheek with pickled red fruits.

The food here is acutely judged, but don't miss the crispy chicken wings with paté, bean sprouts, pumpkin seeds, buckwheat and jamon cream, which is also available on a five-course tasting menu.

The wine list covers Hunter Valley favourites like Scarborough and Andrew Thomas through to imports from New Zealand, France and Spain.

Other good options include The Edwards in upwardly mobile West End, part-owned by Chris Joannou from Silverchair; a bar, restaurant and performance space with a post-industrial vibe, and former working class pub now gentrified, Carrington Place.

Wine lovers are well catered for by Reserve Wine Bar (below); operated by former wine writer Patrick Haddock and some like-minded partners. 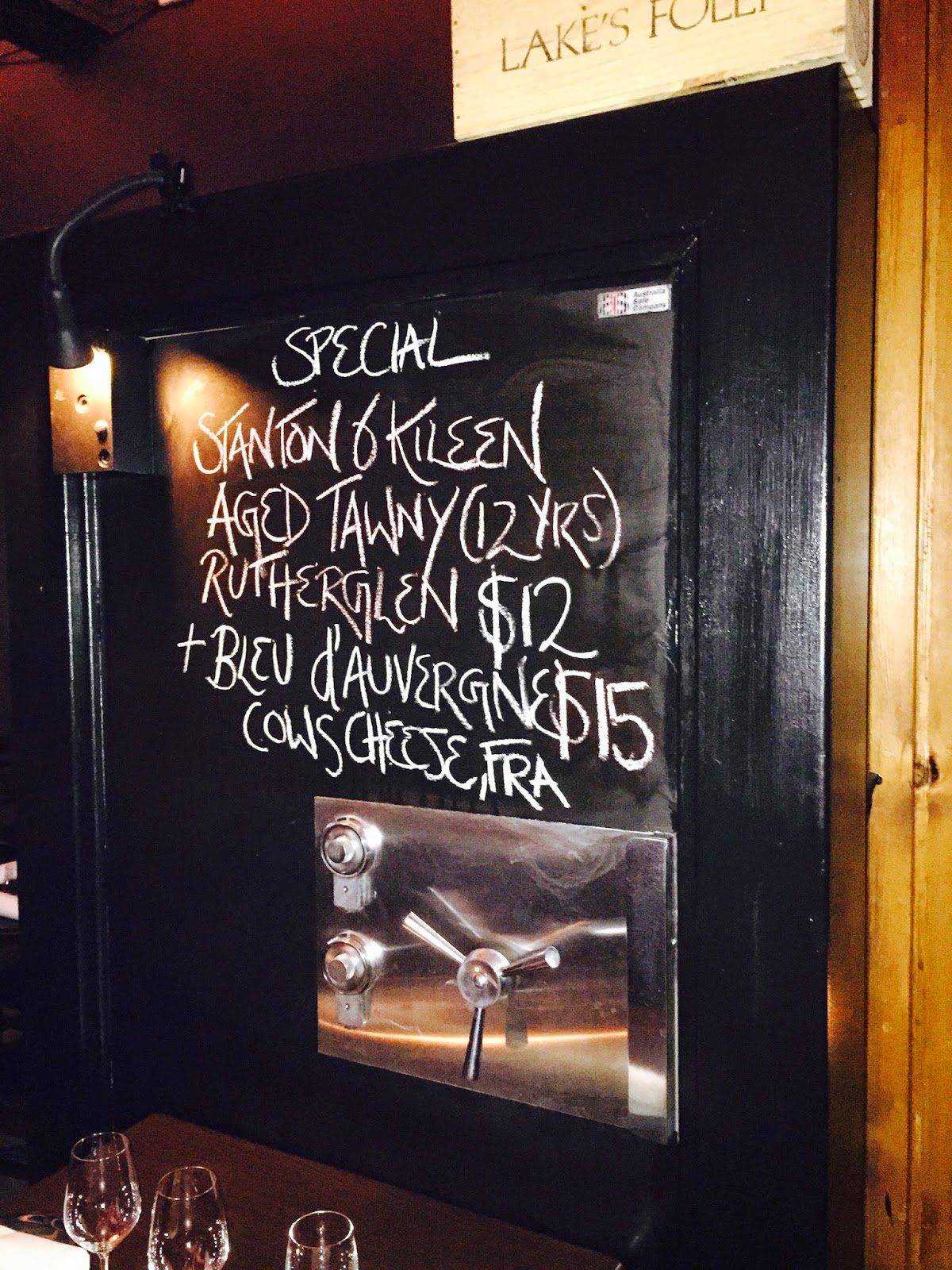 In this beautifully transformed bank you'll find an excellent, and global, wine list wine flights and very appealing food. The staff are very knowledgeable and you can ask to take a peek at the former bank vault, now the cellars.

Not far away, at The Grain Store, there are usually close to 40 craft beers and ciders from around Australia on tap each week. Match sweet pork belly with a Stone & Wood Pacific Ale, or choose a paddle of ales with finger food.

The Hop Factory, The Blind Monk and Craft & Co also cater for beer lovers, along with a new Peroni Bar in the Star Hotel (made infamous by the Cold Chisel song).

“There has been a massive change of mood in Newcastle over the past few years,” says Luke Tilse, owner of the bustling Happy Wombat bar and restaurant and of the local Apple Truck cider company. “There are several great wining and dining precincts, each with their own vibe.”

For views with your food head to the spectacular Merewether Surfhouse, or join the locals queueing at the window to take away fish and chips from local institution Scottie's (you can also now sit down following a recent renovation).

There are plenty of other eclectic choices, ranging from Peruvian cuisine at Chan Chan Cucina, paella at Bocados, Japanese at Nagusa or modern Australian at laid-back Silo Restaurant and Bar in the glitzy Honeysuckle complex overlooking the working harbour. The quirky Italian Una Volta also has many local fans. 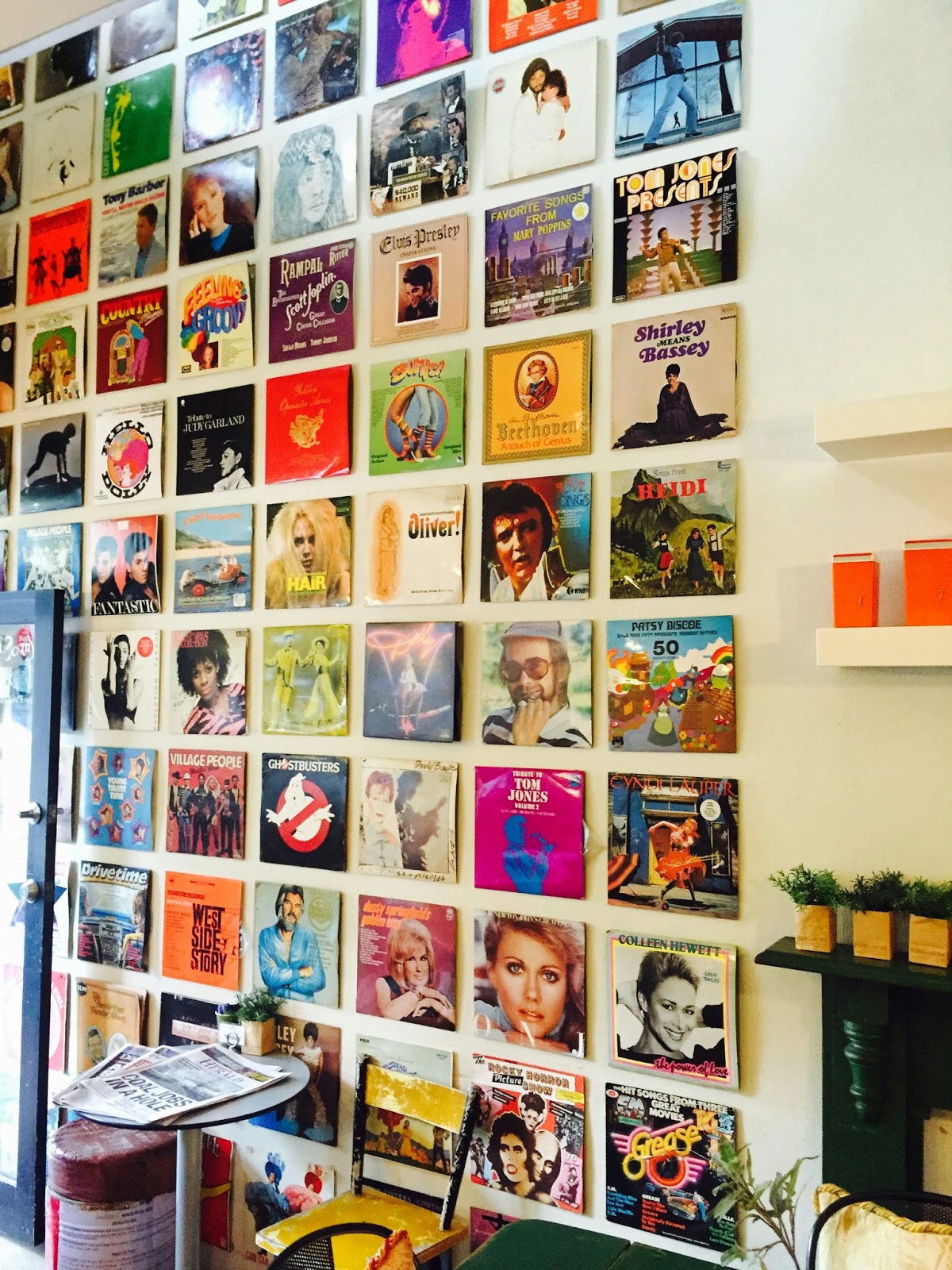 There's plenty of good coffee to be found (along with terrific breakfasts) at Frankie's Place (above) in inner city Cook's Hill (think Newcastle's Newtown), Good Brother and Black Welsh. Head further out to dine at the Fortunate Son at Hamilton, the nearby Chinese Sinofood, or the much-vaunted County Dining at Morpeth – there really are dozens of choices.

Wine lovers should try to get along to Inner City Winemakers, which is part winery, part art gallery, part wine bar.

Late at night, try the cocktails at dark and moody Coal and Cedar, or try recently opened speakeasy Koutetsu, which means steel in Japanese. Casa de Loco is known for its Mexican food and wide range of tequilas and mezcals. The Burwood Inn, Cazador and Bar Petite are other local hangouts.

But Newcastle isn't all about eating and drinking. The Newcastle Art Gallery is one of the best small galleries in the country (check out the Brett Whiteley sculpture by the entrance), while Cooks Hill Galleries specialises in the works of local artists and the Newcastle Museum has a range of interactive exhibits. Newcastle is also noteworthy for some spectacular street art. 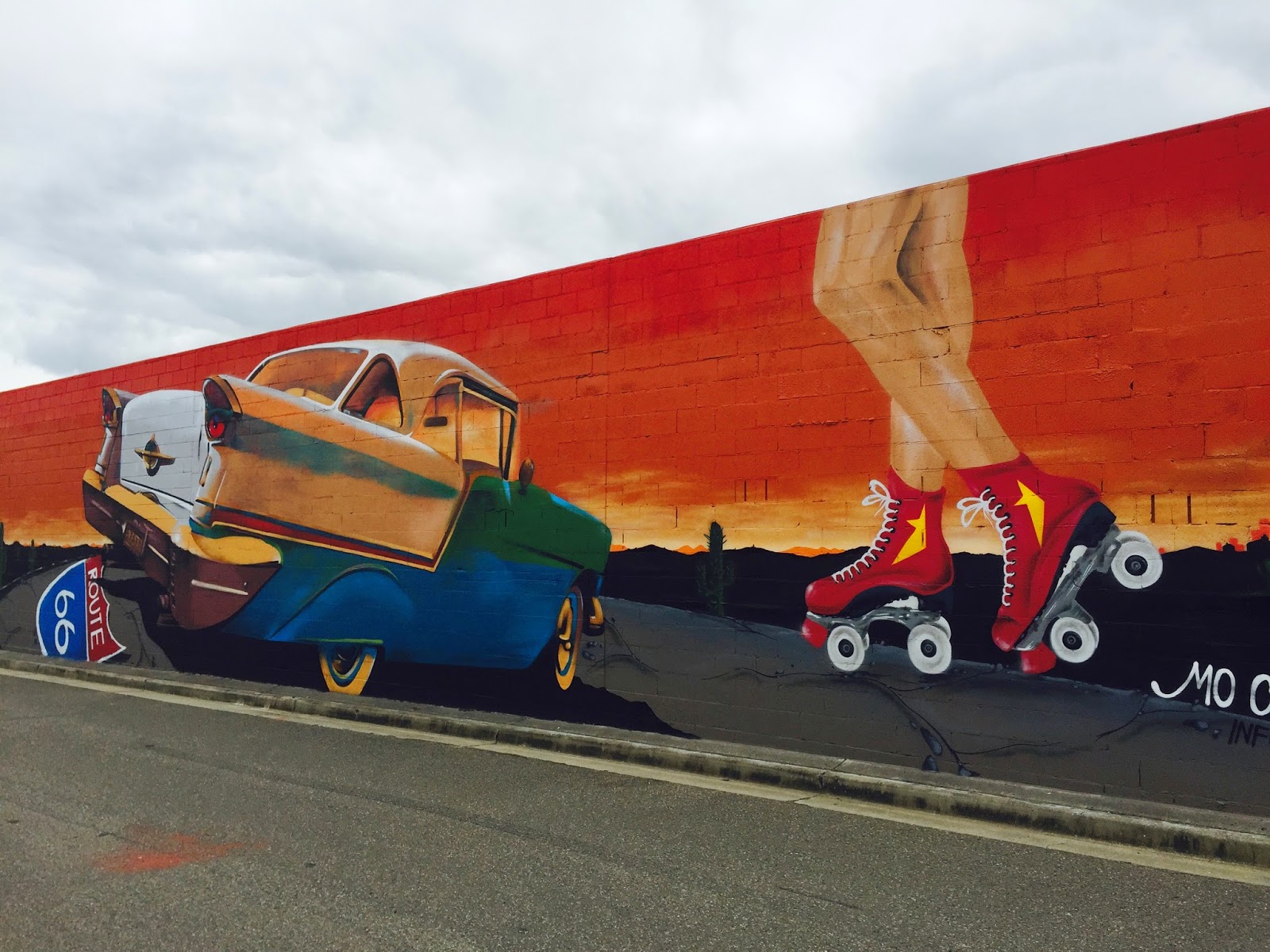 Nobby's Beach is one of Australia's iconic surf beaches and a great spot for an early morning walk, as are Merewether Beach and the Newcastle Ocean Baths.

Stroll around Darby Street (one of Newcastle's Eat Streets) and Darby Lane to check out some of the graffiti and browse in clothes shops and galleries. A coffee at Golding's or the Three Monkeys is de rigueur.

Newcastle is a two-hour drive north of Sydney depending on the traffic flow, and a 40-minute drive to the Hunter Valley. 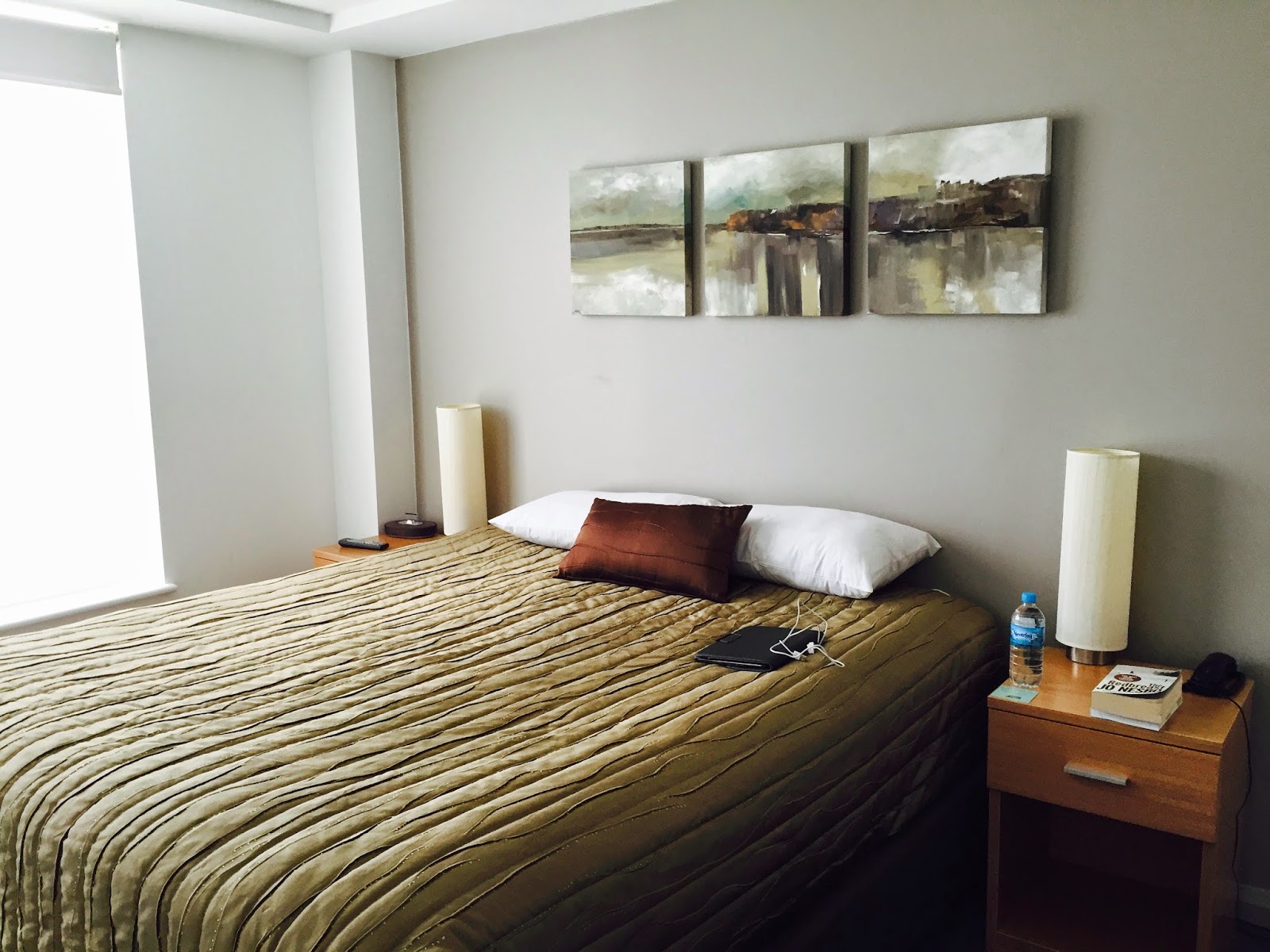 Quest Apartments, 575 Hunter Street, Newcastle, (02) 4928 8000, www.questapartments.com.au, offers 62 self-contained 4.5 star one, two and three-bedroom serviced apartments that include all kitchen and laundry facilities, separate lounge and dining area, private balcony and work station. There is on-site parking, an indoor heated pool, spa and gym, as well as computer terminals for the use of guests. Prices start from around $199 per night.