The great sporting capitals of the world

If you want to watch the world's greatest sportsmen or sportswomen in action, or even participate in the action, which cities should be on your global itinerary?

LONDON
London is the only city to have hosted the Olympic Games three times - most recently in 2012 – and is the undisputed world capital of spectator sport.

Whether you want to watch Premier League soccer, Test cricket, tennis at Wimbledon or the Oxford and Cambridge boat race, London is alive with sporting activity just about every day of the year. 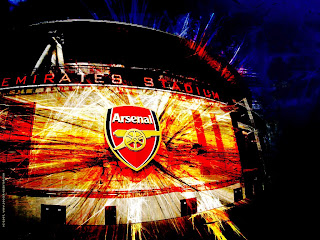 If you’d rather join in a pick-up game, Hackney Marshes in east London is home to many amateur sides and is reportedly the single largest collection of football pitches in the world.

London is also an excellent place to watch cricket. The season lasts from April to September and the English capital boasts the rare distinction of having two Test grounds: Lord’s to the north of the city and The Oval to the south. Lord's is home to the Middlesex county side and The Oval to the Surrey team. Both venues regularly play host to England international Test and limited-overs matches.

The English national rugby stadium is at Twickenham, the venue for England’s Six Nations Championship matches, and other internationals, while the London Broncos rugby league team plays at The Hive in Edgeware.

The River Thames, which bisects the city, is the venue for the annual boat race, held between Oxford and Cambridge universities from Putney to Mortlock, as well as the Henley regatta.

The All England Lawn Tennis and Croquet Club, home of the Wimbledon Championships, is also home to a tennis museum, while Queen’s Club hosts an annual grass court event.

London also hosts regular season matches in the American National Football League, along with major athletics and swimming events while cycling is hugely popular as a participation sport. A stage of the Tour de France was held in London in 2014 passing landmarks including Tower Bridge and the Houses of Parliament. The London Marathon, meanwhile, is one of the most popular in the world.

RIO DE JANEIRO
The largest city in Brazil is the global capital of sports right now; having hosted the 2014 FIFA World Cup final in football and being the venue for the 2016 Olympic Games.

The Maracana Stadium, the World Cup final venue, will also be used for the opening and closing ceremonies of the 2016 Olympics. It once held a world-record crowd of 199,854 but the stadium currently seats 78,838 spectators, still making it the largest stadium in South America and it is the home ground of the super-successful Brazilian national team.

Brazilians are hugely passionate about soccer and Rio is home to leading teams including Flamengo, Fluminense, Vasco da Gama and Botafogo but you’ll discover impromptu games on its streets, public parks and many beaches.

The athletics events at the 2016 Olympic Games will be held at the new Joao Havelange Stadium adjacent to the Maracana.

Other notable sports events in Rio include international beach volleyball championships. Beach sports are hugely popular in Rio with regular pick-up games of volleyball played on beaches including Copacabana, Ipanema and Leblon while the Flamengo basketball team is one of the best on the continent.

Paris may be more associated with chic cafes and haute couture than sport, but the French capital is a passionate host of world-class events ranging from football to tennis and the final stage of the Tour de France each year.

France hosted the World Cup finals in 1998 and the streets of Paris were awash with fans celebrating the home team’s championship win at the Stade de France on the northern fringes of the city.

The 80,000-seat Stade de France, built for the 1998 World Cup, is used for football, rugby union and athletics, hosting the French national football and rugby union teams – as well as matches played by the city’s major rugby union club Stade Francais, which plays in the first division alongside Paris Racing Metro 92. 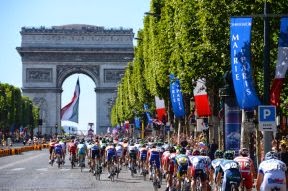 The Tour de France on the Champs-Elysees

One of the city’s most popular sporting clubs is Paris-Levallois Basket, which competes in the major European competition the Eurocup.

Paris hosted the 1990 and 1924 Olympics and although the starting point and the route of the famous Tour de France changes each year, the final stage always finishes in Paris, and, since 1975, the race has always concluded on the famous Champs-Elysees.

One of the world’s most famous horse races, the Prix de l’Arc de Triomphe, is held annually at Paris’ Longchamp course, which is home to more than half of the group one courses in France and was a great favourite of Emperor Napoleon.

With 32 municipal stadiums, more than 150 tennis courts, over 30 swimming pools, cycle tracks and many parks, Paris also offers plenty of opportunities for joggers, cyclists and casual sports participants, as well as hosting regular world championships across a range of disciplines. The Paris Marathon, held each April, dates back to 1856.

NEW YORK
The city that never sleeps is home to arguably more professional sporting franchises than any other city on earth, making it heaven on earth for fans who can attend a major contest virtually 365 days a year.

From baseball to American football, basketball to ice hockey and soccer, the choices are endless in this year-round sports Mecca with world-famous stadia including Madison Square Garden and Yankee Stadium.

The boys of summer are the New York Yankees and the New York Mets, the city’s two surviving baseball teams – and baseball is New York’s major sport. 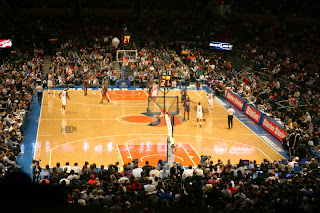 Basketball at Madison Square Garden
New York and Chicago are the only two cities to have two Major League Baseball teams.

The city is represented in the NFL by the New York Giants and the New York Jets and both play in the MetLife Stadium in East Rutherford, New Jersey, just across the water from the city. In 2014, the stadium will host the Super Bowl championship game.

Socceroos star Tim Cahill used to play for the New York Red Bulls of Major League Soccer, and the city also has a new team in New York City FC, as well as the second-level New Yorks Cosmos.

Throw in the US Open tennis championship, another of the four Grand Slams, the New York Marathon - the world’s biggest – world title fights at Madison Square Garden and athletics events like the Millrose Games and even the most voracious sports fans is spoilt for choice.

Aqueduct and Belmont Park feature horse racing all months of the year except August while sports including lacrosse and roller derby have niche followings.

Shanghai is the largest city in the world – and many of its residents are too busy getting rich to follow traditional professional sports, although they do like to keep fit in a number of interesting ways. 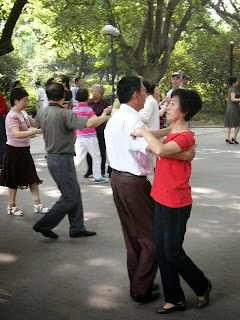 Head to Fuxing Park, where each morning sees an eclectic collection of locals going through their workout regimes; which range from swordplay to tai chi; ballroom dancing to calligraphy; kite flying to head-butting a tree; playing musical instruments to playing cards. It is a gathering of everyone and anyone in a beautiful setting – and a unique slice of the city that is not seen by many tourists.

For those who prefer watching to participating, Shanghai is home to several professional football teams, including Shanghai Shenhua of the Chinese Super League, one of China’s most popular teams.

The Shanghai Sharks of the Chinese Basketball Association helped develop superstar Yao Ming before he played in the NBA, while Shanghai also has an ice hockey team, China Dragon, and a baseball team, the Shanghai Golden Eagles.

Since 2004, Shanghai has hosted the Chinese Formula One Grand Prix, while the city also hosts the Shanghai Masters tennis tournament, and several major table tennis and golf tournaments along with archery, athletics and dragon boat championships. The annual Shanghai International Marathon is raced each December.

Five other sporting cities not to miss
Vancouver: Hosted the 2010 Winter Olympics and Paralympics and a relatively mild climate and its location means residents can be skiing in the morning and kayaking in the afternoon. There are three ski hills within 30 minutes driving time of downtown. The city’s most popular professional sporting team is the Vancouver Canucks – no surprise given ice hockey is Canada’s national sport. The Vancouver Whitecaps, who play in Major League Soccer, are the other big ticket item with the BC Lions playing in the Canadian Football League.

Tokyo: From sumo wrestling tournaments to marathons, J-League football to two professional baseball teams, Tokyo is a sporting capital that will host the 2020 Olympic Games.

Manchester: A recent Commonwealth Games host, Manchester is home to two of the world’s most famous football teams, Manchester United and Manchester City; and hosted matches during the 2013 Rugby League World Cup and 2015 Rugby World Cup.

Melbourne: The venue for the Australian Formula One Grand Prix, the Australian Open tennis championships, the epicentre of Australian Rules football and home to the ginormous Melbourne Cricket Ground, the Victorian capital is also home to several world-class golf courses and, of course, the Melbourne Cup.
Posted by Winsor Dobbin at 12:37