Raise a glass to this Sydney-Hobart yacht race entry

This post is a little random, but it is, at least, seasonal, so I hope you find it interesting in this time of good cheer.

While the wine connections of Sydney to Hobart Yacht Race favourite and multiple winner Wild Oats are well known, there is also a contestant with a whisky link to cheer for. 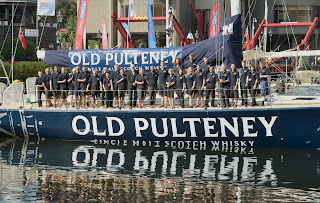 Old Pulteney distillery has a yacht racing in the Clipper Round the World Yacht Race, which is also competing in the Sydney to Hobart.

And there is a real, albeit tenuous, connection - not merely sponsorship guff. Pulteney distillery at windswept Wick is one of the most northerly in Scotland and whisky connoisseurs have been known to say they can detect a faint hint of the sea in their glass of 12-year-aged single malt.

Known as the ‘Maritime Malt,’ Old Pulteney distillery dates back to 1826 and won the title of ‘World Whisky of the Year’ for 2012 in Jim Murray’s Whisky Bible – one of the industry’s highest accolades. 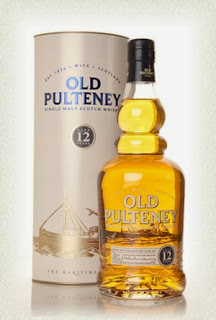 Dutchman Patrick van der Zijden is the skipper and his crew includes sailors from Peru, Switzerland, Brazil, Hungary, Canada, the Us and Wales - and even a couple of Scots. The Cruising Yacht Club of Australia is predicting a fleet of around 94 yachts for the 628-nautical mile classic, which starts at 1pm on Boxing Day.

The Old Pulteney is one of a fleet of 12 super yachts competing in the Clipper Round the World race, which has taken in Brest, France, Rio de Janeiro, Cape Town and Australia with stops still to come in Singapore, Qingdao, San Francisco, Panama, Jamaica, New York, Londonderry and, finally, London in July 2014.

Lara Gardner, Old Pulteney brand manager at island2island beverage company (Old Pulteney's Australian distributor) says, no doubt tongue in cheek: “As the ‘Maritime Malt’, it seems only fitting to raise a glass of Old Pulteney as the crews compete in the Sydney to Hobart race."

I know less than nothing about whisky, but thought Old Pulteney tasted delicious. My verdict was confirmed when a good Scottish friend attempted to take off with my bottle of Christmas Eve, saying "How did you know that is my favourite whisky?"

So here's to the brave (and crazy) in the yacht race fleet.