Norfolk: A quaint slice of England as she used to be

The county of Norfolk is quintessentially English, full of quaint country pubs and waterside towpaths, but remains a well-kept secret – although not to the British royal family.

The Duke and Duchess of Cambridge and the newest royal, Prince George, are setting up their country home at Anmer Hall on the Queen's private Sandringham Estate.

The 10-bedroom Georgian mansion, one of the Queen's favourites from her 150-property collection, will act as a rural retreat from the couple's primary London residence, Kensington Palace. The house has a swimming pool and tennis court and is close to idyllic Holkham Beach. 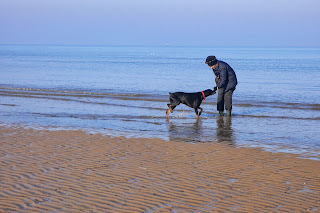 The couple’s move is likely to shine a spotlight on the county of Norfolk – which has long remained one of Britain’s undiscovered treasures.

Ever gaped at the jaw-dropping scenery featured on Stephen Fry’s ABC-TV series Kingdom or at Gwyneth Paltrow walking along Holkham Beach at the end of Shakespeare in Love?

Both, along with Eyes Wide Shut, Tomb Raider, The Duchess and even Dad’s Army are among the many TV shows and movies filmed in the county. It is here British royals have had their holiday home, Sandringham, for four generations; where Hollywood star Johnny Depp owns a 13-bedroom rural retreat and where the coastline has been described by Fry as the “most beautiful part of Britain bar none”.

Kingdom was filmed in and around the market town of Swaffham and seaside town Wells-next-the-Sea but England’s most easterly county of Norfolk is full of similarly delightful villages – and the ancient regional capital city of Norwich is less than two hours from London by train.

Despite its many charms, Norfolk has traditionally struggled to match the pulling power of better-known and more-publicised regions like the Lake District and the Cotswolds.

Norwich claims more medieval churches than any other city in Europe, and is surrounded by a network of rivers and lakes known as the Norfolk Broads, while rural Norfolk is a seductive slice of England as she used to be; dotted with small villages and rustic ale houses. 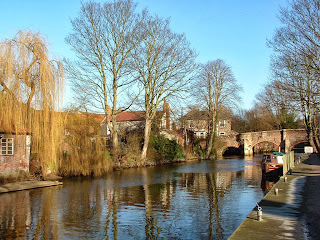 Back in the 11th century, Norwich was the largest city in England after London – and one of the most important places in the United Kingdom.

Today it is a sleepy market town best known for its Premier League football team, Norwich City, and its celebrity supporters, among them part-owner and TV chef Delia Smith and writer and TV personality Fry.

The city also has a bizarre link to Australia, a local factory having provided many thousands of kilometres of metal netting for the rabbit-proof fencing scheme.

Norfolk is a country area to which city folk migrate for the summer. It has some of the best beaches in Europe, country walks and much to fascinate history buffs; including over 1000 years of royal history stretching from William the Conqueror, who established Norwich Castle as a royal palace soon after his triumphs in 1066, to the current monarch.

Sandringham, in the west of Norfolk, was purchased by Queen Victoria in 1862 and has been a home away from home for monarchs Edward VII, George V, George VI and Elizabeth II. The ground floor of the house, museum, gardens and country park are all open to the public.

The museum in the old stables and coach houses contains a car museum with exhibits including a 1900 Daimler Phaeton, reputedly the first automobile owned by the royals.

Back in Norwich, the imposing cathedral features heavily in the film Jack The Giant Slayer, which stars Ewan McGregor and Bill Nighy.

Norfolk is easy to get to on Britain’s network of motorways; around two hours’ drive from London if the traffic is kind, but once you arrive you’ll find nearly all the roads are single-lane, many little more than country tracks.

Norfolk remains quiet and unspoiled – because when Britain planned its motorway network in the 1950s and 60s the major arterials were nearly all designed north-south and not a single one traverses the county.

That has, in many ways, stunted progress. Norwich remains the county’s only city and seaside resorts such as Great Yarmouth (with its old-style seaside funfair) and Cromer look very much like 1950-60s film sets and are places where simple pleasures like donkey rides are still popular.

Norwich is a smallish but charming medieval city. With its castle, cathedral and winding shopping streets it has, predictably, been named as “the city that time forgot.”

Norwich simply strolled into the 21st century at its own pace – and is all the more appealing for that; ending up a fascinating blend of old and new. It is best explored in the first instance by open-topped bus so you can get your bearings, then on foot.

Don’t miss the pedestrian shopping streets and laneways, many of them cobbled, which date back several centuries. Many of the half-timbered Tudor houses in Elm Hill have stood for over 500 years.

The city is traversed by the meandering River Wensum, a somnambulant little waterway that also runs past Carrow Road football ground, where the local “Canaries” now host giants of the game like Manchester United and Liverpool.

Norwich Cathedral is almost 1,000 years old and is surrounded by a 20-hectare "Cathedral Quarter" (the largest in England), while the castle now houses an art gallery and museum of local history that focuses on local icon Queen Boudicea, who led a rebellion against the Romans.

For those with shopping in mind, Norwich Market with its 200+ stalls is the largest daily open-air market in the country, while Jarrold’s is a traditional department store and the Royal Arcade noteworthy for its Art Nouveau design. The city also buzzes during the annual beer festival each October, one of an array of festivals throughout the year.

Many visitors to Norfolk come to spend a few days cruising the Broads, which were formed when medieval peat diggings created shallow lakes that were joined by cuts and dykes to the rivers Yare, Bure, Wensum and Waveney.

Pick up a small boat at Wroxham or Hoveton and cruise past the many windmills, tea rooms, riverside pubs and quaint villages. This is a farming county, where hunting is also popular and the local seafood excellent (including the famous oysters and mussels from Brancaster and crabs from Cromer).

Norfolk is also known for its many historic houses, including Holkham Hall, Blickling Hall (where Anne Boleyn, one of Henry’s VIII’s eight wives was born), Sandringham House and Felbrigg Hall.

Three Norfolk pubs were nominated in the 2013 Great British Pubs awards: the Murderers, in Timberhill, Norwich, for best sports pub; the Brickmakers in Norwich, for best entertainment; and the Jolly Sailors at Brancaster Staithe, for best family pub.

The county is also something of an under-rated gourmet destination with top restaurants including St John’s, The Assembly House, Roger Hickman’s, The Library, The Last Wine Bar and The Maid’s Head Hotel (which dates back to the 13th century and offers 40 wines by the glass) in Norwich, along with more rural destinations such as Titchwell Manor, the Hoste Arms and the Parson Woodforde. And if you’ve worked up a thirst, there are dozens of micro-breweries and cider producers.

A final word of warning: away from Norwich, the locals speak in a broad country accent that can be difficult to decipher. Yes, those accents on Kingdom and other TV shows are real. It is a source of some pride that some Norfolk folk have never been to the big smoke. And by that they mean Norwich, not London.

As the receptionist at the Virginia Court Hotel in Cromer said to me: “We know we are living a little in the past, but we are happy there.” Amen to that.

Getting there:
Qantas operates direct daily services from Sydney to London. To book visit or call 13 13 13. Fares vary seasonally. Trains from London's Liverpool Street Station leave www.qantas.com every 30 minutes and take just under two hours. If you book in advance, fares start from £18 return. A car is recommended for exploring the county.

Staying there:
The Holiday Inn Norwich City is heaven for sports fans and is just a short walk from the city centre. Several of the rooms directly overlook the football pitch. The pitch view rooms not only offer views of the Premier League action, they also come with high-speed internet access and flat-screen TVs. There is a good on-site restaurant and bar (the breakfasts are very good).  www.holidayinn-norwichcity.co.uk.

Titchwell Manor Hotel, dating back to 1896, is a delightful coastal boutique hotel outside the hamlet of Brancaster in North Norfolk. There are just 27 rooms and a superb on-site restaurant that has become a gourmet destination thanks to chef Eric Snaith’s modern English menus, which specialise in local shellfish. The Titchwell bird reserve and Royal West Norfolk Golf Course are both close by. www.titchwellmanor.com.

Virginia Court Hotel in Cromer is a traditional British seaside hotel refurbished and comfortable in a lovely old resort with its own traditional seaside pier. An ideal base from which to explore the North Norfolk Coast and seaside towns including Holt and Sheringham. www.virginiacourt.co.uk.


Wroxham Barns, a short drive north of Norwich, is a leisure complex that’s home to a very good restaurant, a brewery and cider shop as well as craft studios and artists workshops. www.wroxhambarns.co.uk.

Five Norfolk Attractions
1. The North Norfolk coast is dotted with historic lighthouses. Check out those at Cromer, Happisburgh, Hunstanton and Winterton on Sea.

2. A range of classic English gardens are open to the public, including Blickling Hall, Bressingham Gardens, Felbrigg Hall and Hoveton Hall Gardens.

3. Norfolk has the greatest concentration of medieval churches in the world with over 650 remaining intact. Check out Norwich Cathedral, All Saints at Burnham Thorpe and St Margaret at Cley next the Sea.

4. Norfolk is home to a long coastline, the inland Broads and several navigable rivers, making a boat trip de rigueur.

5. Several steam railways operate during the summer months, including at Bressingham, Bure Valley and the Wells Walsingham Railway.


# The writer was assisted by Qantas, VisitNorfolk and VisitNorwich. This story originally appeared in a shorter form in the Sydney Sun-Herald.