The best little café in Tasmania?

Don’t walk into the UtSi Cafe in Perth expecting to order a toasted sandwich, a pre-heated pie, or a bucket of chips. It’s not that sort of cafe.

Expect, instead, to sample maybe a house-made pumpkin soup, perhaps a hare and chorizo cassoulet or blackberry, rhubarb and rosewater baby cakes.

The menu comprises almost entirely of dishes that use fresh, organic, seasonal produce that can be sourced locally.
Owner Colette Barnes (pictured below), whose son Julien Davies (ex Stillwater and Fee & Me) is the chef, opened her business in mid 2008. Her partner, Alex Coram, is a globetrotting academic, a professor of Political Science when he is not behind the counter washing dishes.

For four years this cute little converted 1838 Methodist church, constructed by convict labourers, has been a de rigueur stop for foodies travelling between Hobart and Launceston. 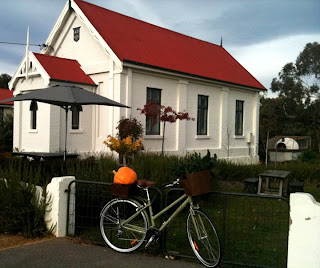 It's a lot more than just a cafe. The Georgian-style interior is enhanced by regular exhibitions of local art; and the house-baked bread has been known to cause much angst when it sells out before midday.

If it’s available, try the pasture-raised beef stew braised in Tasmania apple cider and served with dumplings. The beef comes from an ethical farm at Sassafras while the cider is made by Ashley & Jane Huntington of the Two Metre Tall Company, a small farm-based brewery in the Derwent Valley.

UtSi’s mission is to promote local, healthy food whenever possible; thus the menu changes regularly depending on what local producers are able to provide.

Garnishes and herbs are often picked from the cafe’s own organic kitchen garden and many locals simply pop in to enjoy a slice of cake and a cup of tea or coffee (there’s that rarity in rural areas; a decent coffee machine). 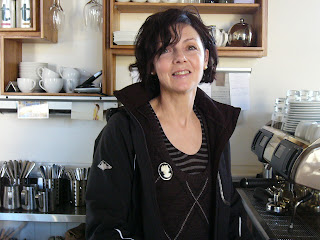 The UtSi menu is written on a mirror, French bistro style, with daily specials listed on a blackboard – and if there is meat on the menu you can be certain the beast was reared free range.  The motto here: “Source locally. Eat seasonally. Live responsibly” – so everything is prepared fresh and on the premises.