How Australian macadamia nuts are taking the world by storm

Macadamia nuts are an Australian product that are tasty, healthy and affordable, so no wonder a small producer in the Byron Bay hinterland is making huge inroads into international markets.
While most of us choose to snack on crisps and peanuts while enjoying a cold beer, macadamia nuts offer a local alternative and the newly-released It's The Duck's Nuts range comes in 80 gram packs that are perfect for a post-work snack (or as a coffee accompaniment).

Grown in plantations at Newrybar, just off the Pacific Highway, there are eight flavour variations in the new brand: honey roasted, roasted and sea salted, hickory, roasted garlic, wasabi, dark and milk chocolate and, bizarrely, abalone (a big seller in China and Hong Kong).
The range is made using the same ingredients as its parent Duck Creek Macadamias - including premium couverture dark and milk chocolate and pure local honey. Kernel size is the point of difference - snack macs use either half or a smaller full kernels, which keeps the price to $6.90 per portion.
Duck Creek, founded in 1987, already sells macadamias to markets in Europe and Asia and has just launched a big push into Singapore, making it an Australian success story. It also produces cold-pressed macadamia oil, macadamia honey and macadamia nut spreads.
So what exactly is a macadamia? It is a genus of four species of trees indigenous to Australia and constituting part of the plant family Proteaceae. Macadamias grow naturally in north eastern New South Wales and central and south-eastern Queensland.
They grow as small-to-large evergreen trees 2-12 metres and the fruit is a very hard, woody, follicle containing one or two seeds. 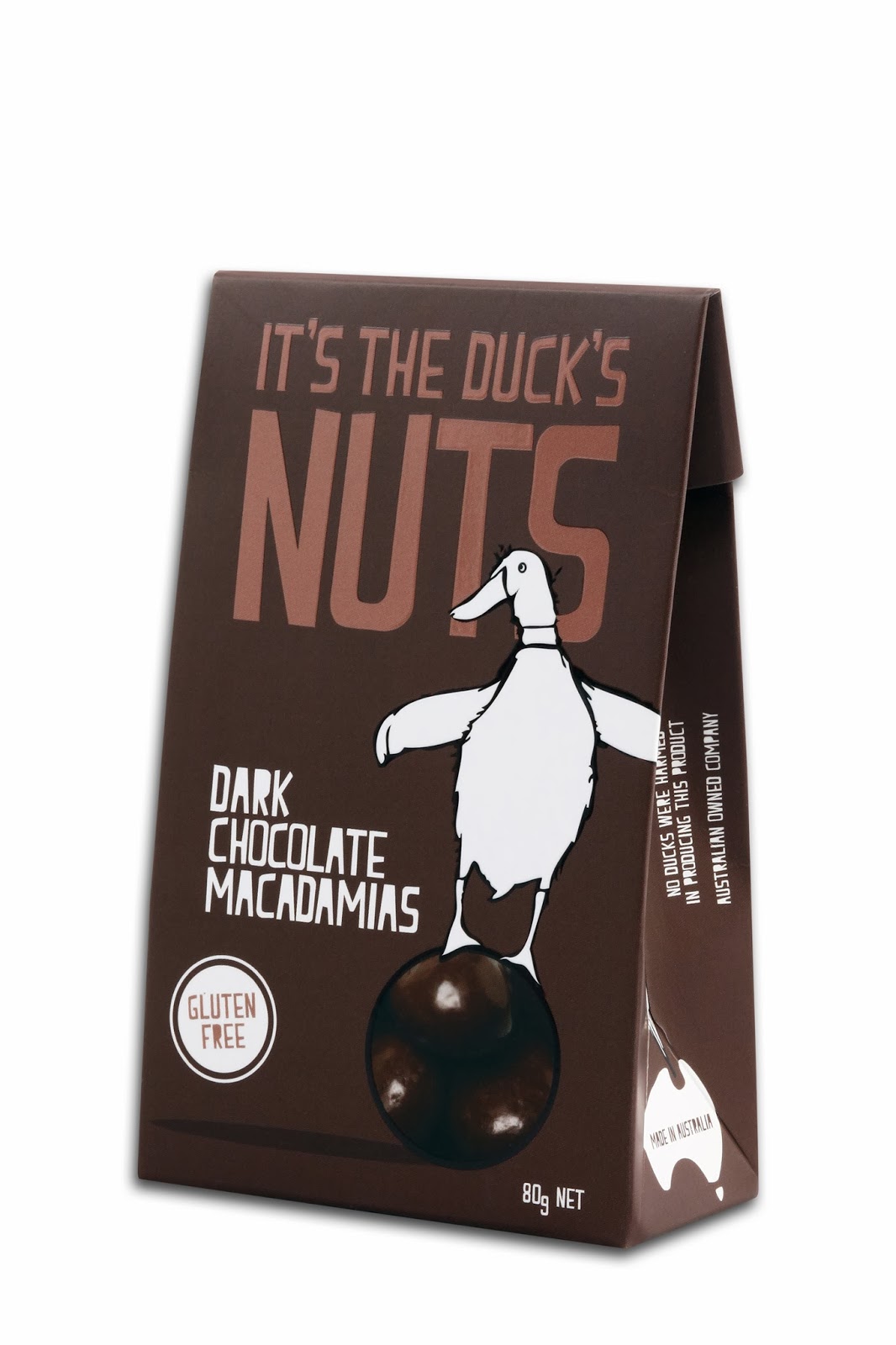 Macadamias are also grown in Hawaii, South Africa, Brazil, California, Costa Rica, Israel, Kenya, Bolivia, New Zealand, Colombia, Guatemala and Malawi but Australia is now the world's largest commercial producer - accounting for roughly 40% of the production.
Compared to other common edible seeds such as almonds and cashews, macadamias are high in fat and low in protein (a high energy natural whole food) - but don't let.your dogs eat any. Macadamias are toxic to dogs.

PS: The honey-roasted nuts were my favourite. Delcious!
For details and stockists visit http://duck-creek.com.au/