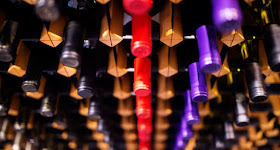 Australian wine exports slowed in the 12 months to December 2020, decreasing by 1% in value to $2.89 billion, as increased Chinese tariffs started to affect the industry.

Wine Australia’s latest Export Report released today showed a 0.5% increase in volume to 747 million litres (83 million 9-litre case equivalents) and a 1% decline in average price to $3.87 per litre free on board (FOB).

Wine Australia Chief Executive Officer Andreas Clark said that despite the Covid-19 pandemic, exports hit a record year-on-year value of $3.1 billion in the 12 months ended October 2020, before recording a steep decline in the final two months of the calendar year.

The previous year-on-year high point had been $3 billion reached in 2007.

Clark said that there had been a sharp increase in exports from August to October, primarily to mainland China and the United Kingdom (UK), while the decline in November and December was predominantly in exports to China.

He said that, unsurprisingly, exports to mainland China were immediately down following the imposition of the temporary tariffs in November.

The sharp decline in export volumes and value in the final two months of the year saw the overall value for 2020 decline by 14% to $1.01 billion and volume drop by 29% to 96 million litres (10.7 million 9-litre case equivalents).

It was expected that exports to China would remain low in coming months affecting total export numbers during 2021.

Clark said the decline in exports to China had been offset by significant growth in exports to Europe, up 22% to $704 million – the highest value in a decade.

"Wine businesses are resilient and are already adapting to these changed market conditions, increasing their engagement in markets other than China, particularly the UK, USA, Canada and the domestic market," he said.