Three days in and Brexit travel chaos is already a thing

Three days into Brexit and British residents of Spain have been denied boarding by British Airways staff at Heathrow Airport as they tried to return home perfectly legally.

The potential travel chaos and restrictions that Britons voted for is already becoming a reality.

Over the first weekend since the Brexit transition period ended, passengers booked on BA flights say they were wrongly denied boarding at Heathrow's Terminal 5, Travel Mole and The Independent reported. 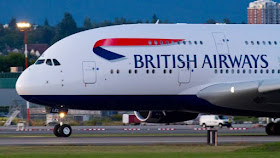 Passenger James Elliot said on Twitter: "I was booked on BA0482 flying to Barcelona, Spain today. I had all the correct documentation including UK passport, green residents' card, negative Covid test and was turned away by the check-in manager. Tried explaining that the green card meant that I'm a resident of Spain but was told by two BA staff that it wasn't.

"Also read out both the UK and Spanish governments' websites information with no success. Absolutely shocking, seems like I'm not the only one either."

With the ending of the Brexit transition, British passport holders are no longer granted automatic access to European Union countries. And Spain - in common with many other EU countries - is imposing tough regulations to try to minimise the spread of Covid-19.

Only Spanish nationals and legal residents of Spain are allowed to board flights from the UK until 19 January.

British people who live in Spain are required to carry one of two documents demonstrating their right to travel: either a green EU residence certificate or a tarjeta de identidad de extranjero (TIE), a new biometric residency card specifically for Spain.

They must also have a PCR test for coronavirus within 72 hours of arrival in Spain.

Stephen Meldrum contacted The Independent after he was booked on British Airways flight 454 from Heathrow to Malaga on Saturday.

He said he had all the right documentation but was incorrectly told only Spanish passport holders were allowed on board.

“They told me the booking had been cancelled as a ‘no-show’ and they could not book me onto a new flight.”

Eventually BA agreed it had acted incorrectly, but its apology was less than fulsome. BA’s decision wrongly to deny him boarding made him eligible for €400 in compensation under European air passengers’ rights rules.

But the airline told him: “Hi, Stephen. I'm afraid we won't be able to offer you any compensation. I'm sorry to disappoint you.”

On a joint British Airways-Iberia flight from Heathrow to Madrid, a further nine people were reported to have been denied boarding.

A spokesperson for BA said: “In these difficult and unprecedented times with dynamic travel restrictions, we are doing everything we can to help and support our customers.”