The allure of wines from the Loire 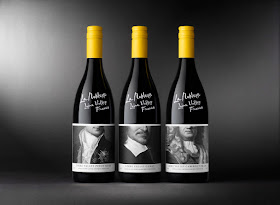 The Loire Valley is a beautiful region of France - the largest area ever registered in France as World Heritage site by UNESCO.
The Loire Valley also produces some of France's best wines; including dry, flinty sauvignon blanc from  Pouilly Fume and Sancerre, dry and sweet chenin blanc (Saumur, Vouvray); intense but lighter reds made from cabernet franc, gamay and pinot noir (Borgueil and Chinon) and fine rosés (Anjou).
The great wine-producing villages of Sancerre and Pouilly are just 90 minutes from Paris but the region stretches all the way west to Nantes, home of the bone-dry Muscadet style.

For some reason, the wines of the Loire have not attracted the acclaim of those of Burgundy or Bordeaux - which means they still offer smashing value for money.
Australian wine lovers now have the chance to sample three outstanding Loire Valley reds for just $22 a bottle thanks to Fourth Wave Wines, who have a keen eye for a bargain import.
The La Noblesse Loire Valley rang includes a stunning bright and lively 2019 Cabernet Franc, along with a juicy, crunchy Gamay and a subtle Pinot Noir - all from Les Celliers du Prieure.
The Loire is known for its history, an element that is reflected in the labelling of the new range.
Rowena Curlewis, CEO of designers Denomination, said: "We needed to find a way to represent the aristocratic Loire in a way that didn't resort to depicting the ubiquitous chateaux that are so common on French labels.
"It was important that this brand stood out from the crowd and was distinctive, personality-led and disruptive, whilst being respectful of its origins."

Denomination replaced illustrations of chateaux with cropped images of nobility and used a chalk pen effect for the brand name typeface, designed to be reminiscent of the way bottles are priced up in French wine shops.

Nicholas Crampton, director of Fourth Wave Wine, said: "We believe it's time for the Loire Valley to stand up and be counted as a wine region. It has such strong consumer awareness as a place to visit, but just lacked that same awareness for its wines.

"We knew that, with Denomination's expertise, they would be able to make a statement without compromising history, integrity and Old World legacy."